Pixie Lott's favourite type of music is Motown, and she says it will have a strong influence on her next album.

Pixie Lott's next album will be Motown-themed.

The singer is due to release her third album next year and is experimenting with soulful pop music similar to 60s groups The Supremes and Jackson 5.

Pixie told new! magazine: "I'm making my album at the moment so I'm in the studio every day writing new songs. It has a bit of a vintage-soul sound reminiscent of Motown because that's my favourite kind of music. We're nearly finished so it's definitely going to be out next year."

As well as being hard at work on a new album, the singer, 21, has launched a jewellery line with online retailer Rock 'N Rose and couldn't be more excited about the venture.

She said: "I've been wearing their pieces for a while so I was really excited when they asked me to design a range. I wanted to make sure the whole collection reflected my own style and has a vintage feel. I named every piece after family members and friends. The Millie floral crown is named after my nan because the yellow roses and the lilies of the valley on the headband are her favourite flowers."

tagged in The Jacksons The Supremes Pixie Lott 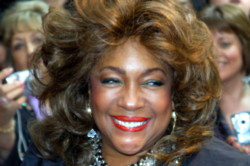 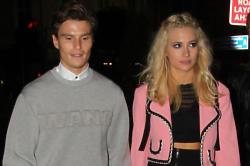 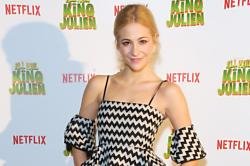