Robert Plant has hinted at a Led Zeppelin reunion in 2014, saying he has "nothing to do" and is waiting to hear from bandmates Jimmy Page and John Paul Jones.

Robert Plant has hinted at a Led Zeppelin reunion in 2014.

The singer claims he has "nothing to do" next year and suggested it was his bandmates Jimmy Page and John Paul Jones who were holding up a reunion, blaming it on their star sign.

He told TV show '60 Minutes' in Australia: "They don't say a word. They're quite contained in their own worlds and they leave it to me. I'm not the bad guy... You need to see the Capricorns - I've got nothing to do in 2014."

The band originally split in 1980 after the death of drummer John Bonham, but last played together at a special show in tribute to the founder of their record label in 2007. At that concert - staged at London's The O2 venue - they were joined by John's son, Jason, on drums.

After that show - released as concert film 'Celebration Day' last year - Jimmy and John were keen to tour, but Robert was busy.

JImmy explained last year: "Some of us thought we would be continuing, that there were going to be more concerts in the not-too-distant-future,

"[Robert] was busy. He was doing his Alison Krauss project ['Raising Sand'].

"I'd been working with the other two guys for the percentage of the rehearsals at The O2. We were connecting well. The weakness was that none of us sang.

We had put so much toward The O2. And the three of us were catching up with stuff. It was very good, seriously promising. But there was this other thing going on. And that's it." 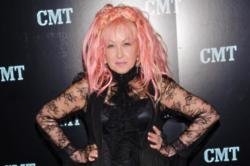 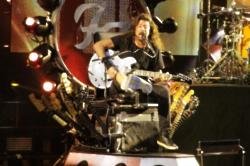 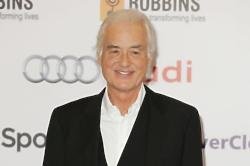