Rolf Harris is set to work with Dizzee Rascal and the Chemical Brothers.

So I propped this board just behind a heater I thought, that'll dry it quickly.

The 79-year-old Australian artist-and-singer - who is famed for his use of unusual musical instruments including the didgeridoo and wobble board - admits he is surprised that so many younger artists still want to collaborate with him but worries he will be unable to find the time.

He said: "I had Dizzee Rascal saying he would love to work with me doing all my weird sound effects and The Chemical Brothers have agreed to collaborate with me on some songs, but we've never got the time to do it.

"The nice thing is about working with new bandsis that it keeps you feeling young."

The 'Two Little Boys' hitmaker also revealed he invented the wobble board by accident.

He explained to the Croydon Gazette newspaper: "I was painting a fellow's portrait and I was fairly broke at the time and couldn't afford a canvas so I was working on a sheet of hardboard.

"The paint wasn't drying and the client was due to arrive in about an hour. It was just awful and I thought how am I going to dry this off?

"So I propped this board just behind a heater I thought, that'll dry it quickly.

"I came back and the board was so hot, I had visions of it catching alight. So I picked it up between the open palms of my hands and just shook it up and down to cool it.

"I did it again and it seemed to have its own rhythm. I had written the song 'Tie Me Kangaroo Down Sport' a few weeks before and it just fitted perfectly. It was amazing." 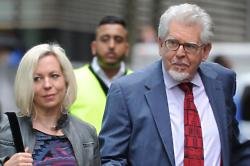 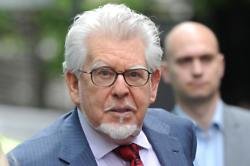