Sir Elton John has signed up to perform at British festival Bestival in September and will share the stage with fellow headliner Snoop Dogg.

The 'Tiny Dancer' hitmaker will perform on Sunday September 8 during the final evening of the three-day festival on the Isle of Wight, and the singer can't wait to experience the annual fancy dress theme from the vantage point of the stage.

Elton said in a statement: "I haven't played any of the major festivals in the UK in recent years, so when the opportunity to play Bestival came up I was very interested.

"I can't wait to see [the fancy dress] - they must all look amazing from the stage. At various times I wore enormous feathered head-dresses, cloaks, hot pants, jumpsuits, clown suits, a Minnie Mouse outfit, French Maid, the Eiffel Tower and the Statue of Liberty.

"Wearing fancy dress makes us all feel less inhibited. So I think it's a great way to enjoy live music."

Rapper Snoop Dogg will headline the Saturday night, where the 'Drop It Like It's Hot' chart-topper is expected to showcase his new reggae tunes as part of his reinvention as Snoop Lion.

A Friday headliner has yet to be announced for the festival, which celebrates its 10th anniversary this year, but line-up highlights include MIA, Franz Ferdinand, The Flaming Lips, Bombay Bicycle Club, The Roots, Belle & Sebastian, Jessie Ware, Squarepusher and the Polyphonic Spree.

Disclosure, Johnny Marr, Chic with Nile Rodgers, Hot Natured, Dexys, Bastille, Rudimental, The Wonder Stuff and The Walkmen will also be performing over the weekend.

Futher announcements will be made in coming weeks. 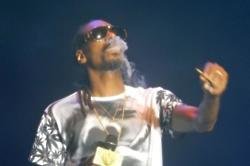 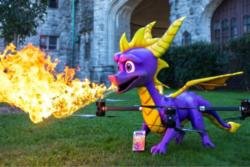