The Stone Roses filmmaker too high for iconic show

The director of The Stone Roses' new documentary, Shane Meadows, agreed to make the film because he missed their most iconic concert at Spike Island in 1990.

The director of The Stone Roses' new documentary wanted to make the film after he missed their most iconic concert.

I missed the famous Spike Island gig because I had a bad acid trip. You had to be there.

Shane Meadows - who has previously made gritty British thrillers 'Dead Man's Shoes' and 'This is England' - wanted to work with the reformed 'Waterfall' group as he is a huge fan and because he was too high on drugs for their iconic Spike Island show in 1990.

He told The Sun newspaper: "I missed the famous Spike Island gig because I had a bad acid trip. You had to be there."

The director - who is bald - added: "I wouldn't have cared if they'd come and smacked me with a sandwich, I just wanted to be there and I missed it, so this is me going back to Spike Island, but at about 40 and with no hair."

To film the band's comeback - announced last month, after initially disbanding in 1996 - Shane has had to put other projects on hold, but is sure it will be worth it.

He added: "It's one of those things which come up rarely in life, when you go, 'If they want me to do it and it comes off I'm doing that'."

The Stone Roses reformed after singer Ian Brown and guitarist John Squire put a 15 year feud behind them.

The band - completed by bassist Gary 'Mani' Mounfield and drummer Alan 'Reni' Wren - have so far announced they will play three huge comeback shows in their hometown of Manchester in June 2012, as well as headlining the V Festivals in England and T in the Park in Scotland. 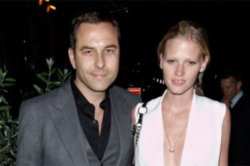 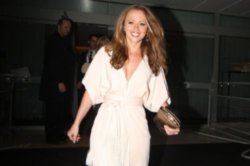 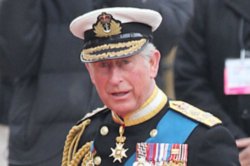