Kasabian to Perform on a Mountain

Kasabian are playing a show at the top of the Ahorn mountain in Mayrhofen, Austria, during Snowbombing festival.

Kasabian are set to perform on top of a mountain.

The 'Fire' band are playing Snowbombing festival and as well as their headlining appearance, will stage a more intimate show at the Barclaycard Arctic Disco.

The group - Serge Pizzorno, Tom Meighan, Chris Edwards, Ian Matthews and Jay Mehler - will give a special performance 6,000ft up the Ahorn mountain in Mayrhofen, Austria, at sunset on a specially constructed stage.

The stage is part of an igloo village made entirely out of snow and ice. The Arctic Disco area also features two arenas and a chill out space fitted with fur rugs. The huge igloo's three bars and furniture are also sculptured from ice.

Snowbombing founder Gareth Cooper is thrilled the band agreed to perform and thinks that it will boost the experience for visitors.

He said in a statement: "One of the world's best live bands playing in a small Austrian village is what Snowbombing is all about; delivering a unique, intimate festival experience in amazing surroundings and venues."

Other acts to play at the Barclaycard Arctic Disco during Snowbombing - which runs from April 1 to 6 - include Eats Everything, Norman Jay, Krafty Kuts and A-Skills. 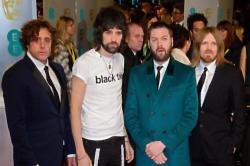 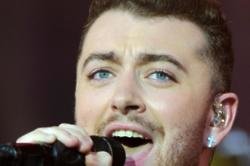