An all-star cast led by NICOLE KIDMAN and WILL FERRELL cast their spell in the movie version of one of TV's most memorable and beloved shows, Bewitched. This beguiling and magical movie is available to own on DVD and UMD Video and to rent on DVD from the 6th February 2006, courtesy of Sony Pictures Home Entertainment. Bewitched stars NICOLE KIDMAN (Moulin Rouge, The Others), WILL FERRELL (Anchorman), SHIRLEY MACLAINE (Steel Magnolias) and MICHAEL CAINE (Batman Begins). Isabel (KIDMAN) is a seemingly innocent, fun young woman who accidentally wins the lead part in a remake of the famous TV sitcom Bewitched. She is helped by the charming actor Jack (FERRELL) who is trying to get his career back on track and who believes she would be perfect as his on-screen wife, the witch ‘Samantha’. The fun ensues when the unlikely twosome begins to fall in love and Jack discovers that Isabel really is a witch in real life! Can Isabel dispense with her supernatural powers and live a normal life with Jack?

This enchanting film is directed by NORA EPHRON (Sleepless in Seattle, You got Mail), and the DVD is full of magical extras making it a perfect gift this Valentine’s Day. 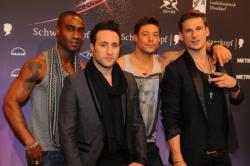 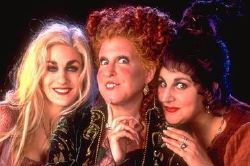 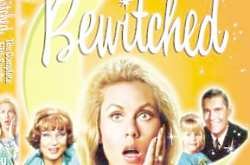