Over the course of two decades in the music industry, Alanis Morissette has sold more than 60 million albums, won 7 Grammys and 12 Juno Awards, and released one of the best-selling debut albums in music history, Jagged Little Pill.

She has also contributed songs to hit theatrical releases such as 'City of Angels', 'Dogma', and 'Prince of Persia: The Sands of Time', as well as performed guest roles in hit TV series (Weeds, Curb Your Enthusiasm, Up All Night), and appeared as a celebrity mentor on the last season of 'The Voice' in the US.

Her first single 'Guardian' from the new album blazed the trail. It rocked the Italian airplay charts at #1 for three consecutive weeks, caught the European airplay charts off guard at #26, and held top positions in Poland, Switzerland, Germany, Finland, Belgium, and Norway.

These results allowed 'Havoc And Bright Lights' to land chart positions that exceed her last studio album. #1 entries in Italy, Switzerland, Austria and Canada; Top 5 positions in Germany, Belgium, Netherlands, and the Czech Republic and the US as well as eight more entries in the Top 20 region including #12 in the UK foreshadow even more great news to come.

'Receive' is a strong follow-up single with intense lyrics, rich arrangement, and yet another powerful tune.

Alanis Morissette will be promoting her new album further throughout November during her European tour, appearing on numerous TV shows across the continent, including the German shows 'TV Total' (Nov 20), and 'Verstehen Sie Spaß?' (Nov 24), as well as UK’s 'BBC Breakfast' (Nov 30) and 'X-Factor Italy' (Nov 15). 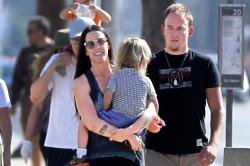 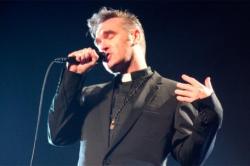