Transport yourself into Adam Lambert's 'Ghost Town' heart with his brand new single, kickstarting with 45 seconds of melodic and soothing vocal tones before rampaging through an intense and exciting chorus that showcases Adam at his very best. The singer is searching his soul with the first cut from his third studio record, and you'll be inclined to do the same with your first listen to this track.

Produced by album executive producers Max Martin and Shellback, this is a song that once more sees Adam push any genre boundaries he could possibly be restricted by, instead blending a variety of folk, pop, electro and house together and refusing to conform to the usual trends.

Addictive and catchy, there's a whistle line acting as a hook which you won't be able to get out of your mind, contrasting against the dark mood and tone that a lot of the track portrays. The lyrics are poignant and heavy, but thankfully aren't presented in a way that's going to leave you feeling hollow.

Though Adam here maintains the glam rock image he's set out over the years, this does feel like the start of a whole new body of work for the star whose loyal fans have followed him since his time on American Idol. That show is now a thing of the past - he has grown and evolved so much that he blows any artist to come from that competition out of the water.

The thousands who have remained by his side can now walk through the fire with Adam as he continues to prove just why he's a force to be reckoned with within this industry. It seems almost unfair that he's not had more success in the past. Sure, his second album 'Trespassing' broke records on Billboard, not least for being the first to hit number one from an openly gay artist, but there's always been a little something lacking for Adam. (Note, FOR him, not FROM him.)

This is without a doubt the best single Adam has ever released and the one that is most likely to see huge commercial success. With some good radio play and support from media outlets, it should soar to the top of the charts in no time, and anything less than top ten would be a travesty. Can it reach number one? That's down to the fans and new supporters. It should certainly do so. I'd go as far as to say that this is the best pop single to come out of the year so far.

'Ghost Town' is out now as an instant download for those who pre-order Adam's forthcoming third studio album 'The Original High' - available June 15 on Parlophone. The single is officially released in the UK on June 7. 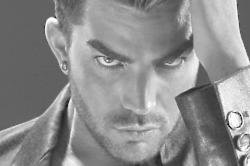 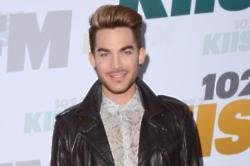 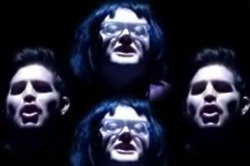