North London’s Ny will release her much-anticipated debut album, ‘Who Is She?’, on October 15 (via her own Dream Juice label, under exclusive license to Cooking Vinyl).

This follows the 1Xtra and Choice A-Listed single ‘Music’, as well as additional coverage across the likes of Radio 1, Kiss, and SBTV. Having toured with Plan B this summer - also playing festival slots at the likes of Wireless, Guilfest and BT London Live with Kiss FM - Ny will now release a new single, the infectious ‘Trophy Boy’, on October 8.

Ny’s debut album, ‘Who Is She?’, is a statement on the highs and lows that have seen this prodigiously talented 24 year-old go from organising raves at the age of 15 to making mix-tapes that she sold around the West End for a fiver; and from teaching under-privileged kids how to sing to guesting on a Top 5 hit with Ironik, and playing arenas with the likes of Plan B and good friend Tulisa Contostavlos.

At the centre of it all, Ny has spent the last year or two quietly building an impassioned following on her own terms, before signing a deal that would allow her to release ‘Who Is She?’ via her own imprint.

The resulting record touches on elements of dubstep, grime, house, pure pop and the general melting pot of UK underground/overground influences that have influenced Ny throughout her life.

Highlights include the dance-inflected R&B of new single ‘Trophy Boy’, a tongue-in-cheek role reversal on how women are frequently portrayed in Pop, and the more aggressive, grime-tinged ‘Burn It Down’.

And staying true to her UK underground roots - Ny emerged primarily out of London’s grime and pirate radio community, where she would sing jingles and help out on Freak FM - guests on the record include rappers Giggs and Ghetts.

Yet it is Ny’s own sweet, soulful voice that cuts through ‘Who Is She?’, together with her clear talent for songwriting: see the beautiful ‘Dark Side’ in particular, which sets her vocals to a delicate piano figure and intricate drum claps.

‘Who Is She?’ is the result of an extensive period of graft from Ny, who was taught at home until she was 10 and moved out of her mum's house aged 17 with her then-boyfriend Wiley.

Whilst still unsigned, she began selling her CDs around the West End and even took to servicing her own tracks to Radio (where she picked up extensive support, including a Record of the Week spot at 1Xtra).

And as an album’s worth of tunes came together, Ny’s work on music frequently sat alongside extensive projects in her local community: she was most recently seen collaborating with the likes of Plan B, Labrinth and Leona Lewis on BBC3’s Project Hackney, a show which taught a group of teenagers how to sing and make music.

All this is there to be heard across ‘Who Is She?’, a record that is a testament to Ny’s passion, and her patience. Or, as opening track ‘Music’ puts it: 'I think that if you cut me open, looked into my bones / you would see that's where the melodies flow.' 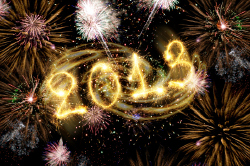 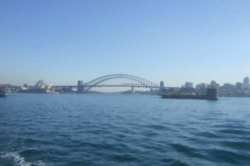 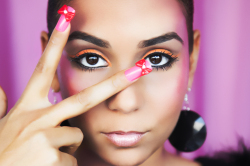 Ny To Perform With Plan B At Eden Sessions