R&B and Pop’s newest sensation Angel (aka Sirach Charles) will be releasing ‘Time After Time’ through on 19th November 2012.

Produced by Parallel Music, (Angel’s production company) and Tommy Hittz (Chris Brown), ‘Time After Time’ is the follow up single to summer anthem ‘Wonderful’ which has recently spent 8 weeks in the top 20, 2 weeks in the top 10 and has sold over 250,000 copies to date thereby cementing Angel’s position as one of the top 5 highest selling breakthrough acts of 2012.

At just 24 years old, this young West Londoner has risen from underground producer and songwriter to R&B Renaissance man within one year. Having previously penned hits for the likes of Pixie Lott, Jason Derulo and Roll Deep, Angel is set to make his mark as an artist his own right.

Earmarked as a one to watch in 2012 by MTV and HMV, Angel has been dubbed by The Guardian as ‘Britain’s first all singing, all writing and producing urban boy wonder’, while Radio 1 crowned him ‘the new face of UK R&B’ and his online presence continues to grow rapidly, (his own YouTube channel has over 8 million views).

Having rapidly become the name on everyone’s lips, Angel has been asked to write for Rihanna, been in the studio with Dizzee Rascal and collaborated with the likes of Ed Sheeran, Giggs and Wiley while also notching up an impressive list of fans in everyone from JLS, Tinie Tempah and Example through to Rio Ferdinand, Cheryl Cole and One Direction (who he will be performing with at iTunes Festival).

And with the likes of Frank Ocean, Michael Kiwanuka, Chipmunk and Wretch 32 on his forthcoming debut album (due for release early next year) it’s evident that Angel is about to not only go overground, but stratospheric.

New single ‘Time After Time’ is anchored by Angel’s powerful and melodic vocals. An infectious and emotive track with all the hallmarks of huge record, ‘Time After Time’ is sure to emulate and exceed the success of ‘Wonderful’. Remixes are also provided burgeoning producer tipped by Annie Mac, Jamie Grind & Bass Ninja’s (the Saturday’s, Flo Rida).

In the run up to the release of ‘Time After Time’ Angel will be performing at The Scala on October 25th 2012. This headline show follows a packed live schedule over the summer, including appearances at Wireless Festival and V Festival alongside supporting Outkast’s Big Boi at Brixton Acadamy and playing an opening set in the ring moments before the highly anticipated Haye v Chisora fight. 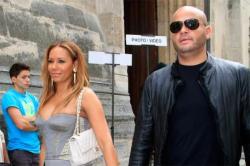 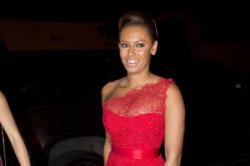 Mel B 'Had Fights' With Spice Girls 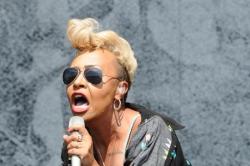