Earlier this year, Wretch 32 released his highly anticipated mixtape ‘Wretchercise’ which featured the cream of UK MC talent including Chip, Kano and Sneakbo.

Following on from an overwhelmingly positive reception to ‘Wretchercise’, Wretch is gearing up to drop street track ‘Pop?’, which will be made available via Ministry Of Sound/ Levels Recordings on 10th February 2013.

Maintaining the momentum while Wretch is holed up in the studio working on his new album (title TBA) due for release next year, ‘Pop?’ is already being championed by tastemakers across the board.

In addition to being on heavy rotation in clubs nationwide it is also receiving regular spins from an unprecedented wide variety of Radio DJS and stations - from Radio 1 (Zane Lowe, Annie Mac, Rob Da Bank, Annie Nightingale, Huw Stephens and Skream & Benga) through to Radio 1Xtra (MistaJam, Semtex and Charlie Sloth), Rinse FM and Choice FM.

‘Pop?’ is a true British hip-hop affair with Wretch sampling Kano’s classic ‘P’s & Q’s’ to deliver a fresh and hard-hitting track that ingeniously brings together two of the most respected wordsmiths in the scene for this instantly infectious tune.

Following on from an incredible year in 2011 where Wretch scored three consecutive top-five hits, a Q and 4 MOBO Award nominations, embarked on his own nationwide sold out tour and graced the bills of festivals throughout the summer, the momentum has carried on well into 2012.

After another sold out nationwide headline tour earlier this year, this summer saw Wretch championed as the official ambassador for Adidas’ Olympic campaign, collaborate with Devlin on ‘Off With Their Heads’ single and be personally invited on stage by rap superstar Nas at his recent sold out show, firmly solidifying Wretch 32’s prime position as the UK’s no. 1 Hip Hop MC. 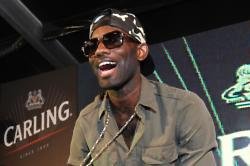 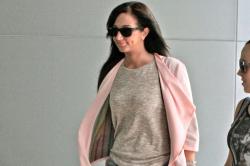