Research carried out by a label website has revealed that 31% of people do not trust the information provided on the labels of pre-packaged food. The reasons behind this mistrust range from an overload of confusing and sometimes conflicting information to a general feeling that brands are dishonest about the health benefits of products to entice customers to buy. Consumers are also still shaken by the effects of recent scandals with mislabelled products including cheaper alternatives for meat and fish. Food labelling has hit the headlines in the UK time after time over the past few years, whether that's the horse meat scandal of 2013 or the more recent scaremongering over sugar and salt content in our foods. Data Label, manufacturer of printed labels, decided to delve further into what the general opinion was around food labelling and conducted a study to see how they might be improved.
1006 people over the age of 18 in the UK were asked "How much do you trust the information on labels on pre-packaged food?" Almost one third of respondents, 31% answered that they didn't have confidence in food labelling, with 14% of those affirming that they would not trust them at all. Only 8% of people said they would trust them completely.
The most popular reason given for not trusting food labelling was that the information provided is heavy and difficult to understand. There are a number of pieces of information given on a product, from calories to sugar content, percentage of guideline daily amounts to grams per serving. Confusion can often stem from consumers not knowing the difference between what appear to be similar pieces of information such as fat and saturated fat, and the fact that sometimes a serving size is provided, whereas on certain products it's up to the consumer to figure this out. Consumers are expected to read and digest all this information within the couple of seconds it takes them to make a decision on whether to buy the product.
In 2012, the Food Standards Agency announced the introduction of the Traffic Light rating system on food packaging to show the levels of fats (including saturated fats), sugar, salt and calories in response to consumer demands for something easier to understand. This is still voluntary however, so not all food carries a traffic light label. The past year has also seen a surge in food scaremongering including BBC documentaries such as "The Truth About…"
Sugar has been the centre of these fears more than once and has seen fads of diets which involve giving up sugar altogether. There is misunderstanding surrounding "added sugar" versus "natural sugars", meaning that people will often give up foods unnecessarily in a bid to eat more healthily, all the while disregarding nutrients that they need.
It seems though that it's not just health reasons that people are shunning food labelling. Other reasons included the fear surrounding the horse meat scandal in 2013 followed closely by mislabelled fish making their way onto our shelves. Even now, 3 years on, the impact is still being felt on the food industry as customers reveal they find it hard to trust food labels, despite the FSA and the newly formed Food Crime Unit taking actions against food fraud across the EU.
Philip Carlyn, Managing Director of Data Label, stated of the results "It's sad to see that so many people are quick to distrust labelling on pre-packaged food. We expect food labelling to have clarity and to be easy to understand so that as consumers, we can make healthy choices, but unfortunately it seems that many people don't find this to be the case."
He continued "People also want to know exactly what they're getting when they purchase a food product and where it has come from. To discover that they're not eating what they think they are can be very distressing, so it seems people would prefer to take their food labels with a pinch of salt." 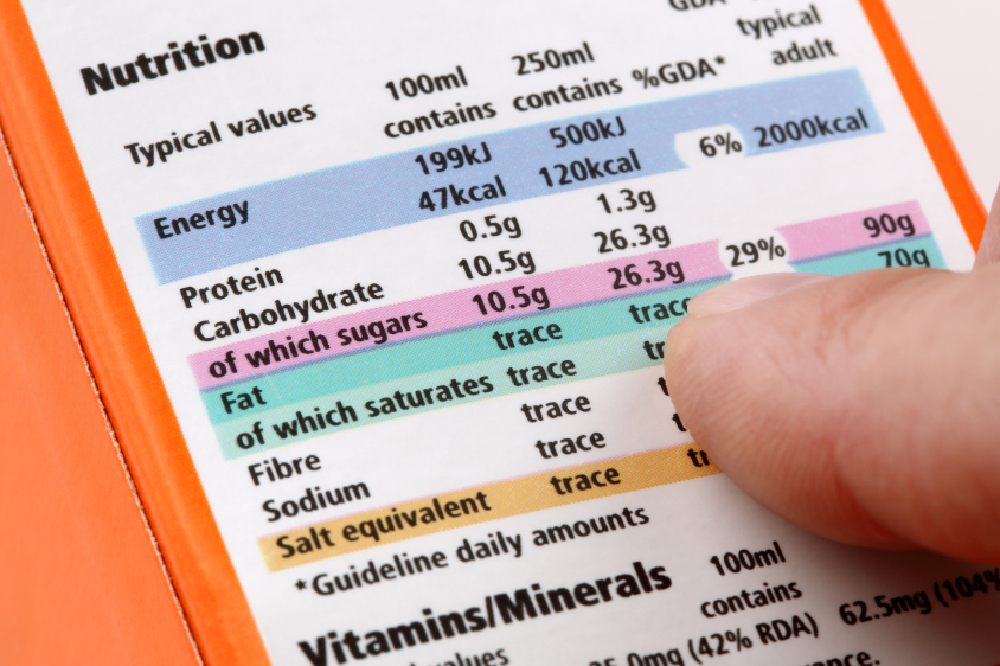 Most of us don't trust food labels