As revealed by 850 million Facebook and Twitter posts, we are eating better, exercising more and we don’t hat commuting as much as you think!

A new report from Crimson Hexagon, a business intelligence company specialising in analysing and interpreting social media 'big data', has revealed how British culture is fundamentally changing. Since 2010, 850 billion social media posts reveal that people in UK are more tolerant towards commuting, are ditching fast food for home cooking and the average British woman has never been as involved in sports as she is now.
Never before have we been so directly capable of witnessing the changing face of modern day Britain, as we are today thanks to the growing popularity of social media. The Crimson Hexagon UK Trends Report is the culmination of five years of conversational analysis from their global library of 850 billion posts. This report covers posts from people in the UK on platforms including Facebook, Twitter, online forums and blogs, between 2010 and 2015.
Luke Moore, EMEA Sales Director, Crimson Hexagon said "This is a fascinating and encouraging report that really demonstrates how society has changed in the UK over the past five years. Social media data analytics is one of the most underestimated intelligence tools in the world today. People in the UK spend one in every six minutes on social media; it's already overtaken traditional entertainment in share of online time. As such, platforms like Facebook, Twitter and online forums offer a scale and directness of insight into what people think, like, and actually do, that many more formal tools like questionnaires and focus groups just can't match."
What social media data reveals about how British Culture is changing:
Britons Are Surprisingly Upbeat About Commuting
Train delays, traffic jams, season ticket costs or even the wrong kind of snow aren't enough to make Brits unhappy about their commute to work. Conversations about commuting since 2010 have been largely positive or neutral (82%), indicating that activities like mobile gaming, prevalent especially with male commuters (29%), or reading an e-book, more common with female commuters (15%), have helped make the travel to and from work far less of a chore. In fact, gaming has taking over as the main activity for commuters, as 62% saying they prefer mobile games. Minecraft proved the most popular commuting game, with 25% of comments listing it as their favourite.
Britain Really Is Becoming More Health Conscious
The nation has truly embarked on a healthcare revolution, ditching fast food diets for actual exercise! In 2015 alone there were 72,000 posts about healthy eating in the UK. This change in attitude towards healthy eating is part of a broader trend - with one third of comments about fast food since 2010 expressing guilt and regret. Also, the number of people admitting to being a fast food fan on social media has more than halved (62% decline) in the last three years alone. What's more, when looking at conversations about exercising a whopping 66% of conversations were about completing exercise, rather than just aspiring to do it. Even people saying they dislike dieting and exercising has decreased dramatically - by 63% since 2010.
No longer is the UK nation so purely obsessed with football and rugby either. The range of sports Brits are taking part in is diversifying, as we begin to embrace alternative ways to exercise. Conversations about Yoga, Pilates and CrossFit have increased by 350% since 2010 while posts about Football and Rugby have declined by 42%. Despite the national health kick, Britain's sweet tooth has far from fallen out, as shown by the phenomenal success of the Great British Bake off and negative reaction to Jamie Oliver's Sugar Tax proposal with 73% of comments about the petition to tax sugary drinks were negative, showing Brits clearly still value freedom of choice about what they drink.
TV Smash Hits Are Making Brits Eat In More Than Eating Out
Positive comments about eating out have decreased by 16% since 2010, while Brits professing their love of eating in has increased by 48% over the same period, figures which appear to be directly related to the increase in popularity of TV cooking shows. In 2015, there were 570,000 mentions of cooking shows on social media, with clear spikes after episodes of The Great British Bake Off and Masterchef. It also seems these shows are actively motivating British people to cook after watching the shows, and encouraging a younger audience to try it too. While in 2010 most (88%) of people talking about these shows were 35 years old and above, in 2015 there's been a significant spike (29%) of 13 -34 year olds getting involved in these discussions.
UK Women Are Taking Part In And Talking About Sport More Than Ever
Women are talking about and participating in sports more than ever with a 443% increase in conversation on social media since 2010. This shows that key campaigns such as Sport England's "This Girl Can", and "Always' Like a Girl," have had a positive impact on encouraging women to get involved in sports and participate in genuine discussion on social media. The report also found that while women feel there are some barriers preventing them from taking part in sports - such as lifestyle commitments - from 2014 - 2015, 23% said they enjoy sport and 13% said they look forward to it. Crucially, 2015 also saw a shift where more female social media users were talking about actually playing football rather than watching it. This shows that UK media campaigns really are effective in changing habits when it comes to exercising. Clearly, this messaging around women in sports and female empowerment has translated into positive action for the British public.
Brits Are Ditching The High Street To Buy Online
With 96% of all shopping related social media conversations focused on online purchases, Brits are embracing the world of Ecommerce. However while they might be shopping from the comfort of their living rooms, they are certainly not being frivolous. Only 18% of conversation related to impulse buys, while more than one in four (28%) of conversations relate to bargain hunting and 13% remarking about good being too expensive or unaffordable. 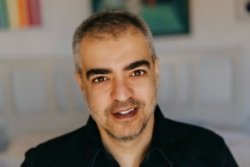