What's To Lose From Ditching The Booze?

Why new advice says one drink may be too many

With the hangovers of the New Year celebrations now receding, and more stringent alcohol guidelines out today, it's a good time to re-evaluate the role alcohol plays in our lives. Whether it's a glass of something to help you unwind at the end of the day, or meeting for a drink (or three) with friends or work colleagues, alcohol is a regular and accepted pleasure for most of us.
And it's easy to see why. Alcohol can act as a social lubricant and a reason for people to get together, helping conversation and enjoyment flow (though of course, beyond the 'sweet spot' of a couple of drinks, the effect can be reversed!). Until recently the science-backed wisdom was that taken in moderation it could even be good for our health. Just what most of us wanted to hear.
However, new public health advice says there is no 'safe' alcohol limit as even small amounts can increase the risk of some cancers. It says people who drink regularly should consume no more than 14 units a week (the equivalent of six pints of beer or seven glasses of wine). Which means for the first time the limits are the same for men as for women (sorry guys!).
It also says if people drink, it should be moderately over three or more days, and we should keep some days alcohol-free. And it warns us against saving up our units and downing them in one or two goes, because this qualifies as heavy drinking - so think again if you like a heavy splurge on a Friday and Saturday night!
So why are they so intent on spoiling our fun? It's not just that alcohol consumption in the UK is creeping up (along with the health problems that go with it). But also the science has moved on. There are new studies debunking previous research linking moderate consumption with a range of health benefits, particularly reduced heart risk.
One huge UK-based population study published last year showed simply comparing alcohol consumption with health outcomes gave a clear protective benefit from moderate drinking. But once former drinkers were taken out of the non-drinking group, these supposed benefits all but disappeared.
As a result the advice concludes that the benefits of alcohol for heart health only apply for women aged 55 and over - and even then in very small amounts, around five units a week. And that is not enough to justify recommending drinking on health grounds.
The unpalatable truth is that alcohol contributes to more than 60 medical conditions, including many cancers, high blood pressure, liver cirrhosis and depression. Hospital admissions due to alcohol have doubled in the past decade and it directly causes around 9,000 deaths a year in the UK.
And of course what we often forget is alcohol can also pile on the calories, which contributes to soaring obesity levels, with all the health issues that brings. Between 4% and 30% of cancer deaths worldwide could come down to alcohol use - 8% for the commonest of these, breast cancer. Crucially even moderate drinking increases our risk. Even one glass a day increases the risk of breast cancer by 4%, while heavy drinking (three or more drinks a day) increases it by a whopping 40-50%.
Then there are other problems. Have you ever got embarrassingly drunk or had issues with family or friends because of your drinking or know someone else who has? Not to mention what it can do to your memory, concentration, sleep patterns, sex life and fertility. Trying to work with a hangover or going a step too far at the office party means alcohol can seriously affect your career too. And of course for some it becomes an addiction that seriously wrecks their lives.
Even those who don't think they have an alcohol problem can be damaging their health without realising it. We are seeing more young people with alcohol related health problems. Also more men and women in their 30s and 40s, who wouldn't call themselves heavy drinkers, with liver disease.
All more reason to sign up to Dry January, the month when Alcohol Concern challenges us to ditch the booze. Particularly as recent studies show going dry for a month can give rapid health improvements and reduce your alcohol consumption long term. Apparently, even trying and failing still leads to healthier drinking habits!
Of course, many of us aren't ready to give up alcohol completely. We may live longer without it. But would we lose the quality of life we enjoy sharing a chilled bottle of white with friends on a summer evening or chatting over a pint of beer by the pub fire after a bracing winter walk?
What's more the new guidance concedes that if you stick to the recommended limits, the 1% increased health risk is no more than that of driving your car. But accepting that alcohol doesn't seem to have the health benefits we hoped it did - and could be doing us a lot more harm than we thought - may make that gin and tonic slightly less tempting. And before we know it, Dry January may lead to Dry February and March too. 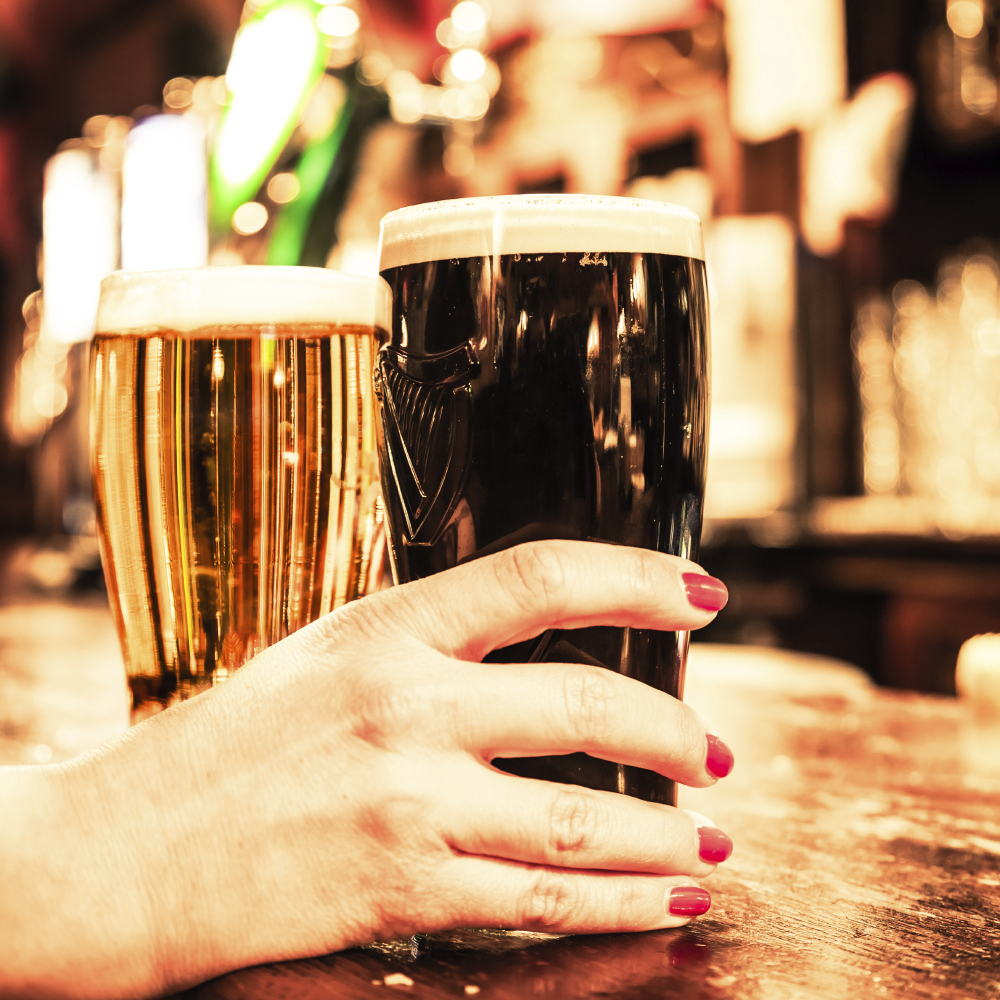 Is Dry January more than a passing fad?