Are We Forcing Our Children Into Hating Their Bodies?

Last week British mum Kerry Campbell hit the headlines when she appeared on Good Morning America speaking of how she injects her eight-year-old daughter with Botox.

Campbell, who is originally from Birmingham but now lives in San Francisco, claimed she injected her daughter Britney's face to stop her from getting wrinkles so she could do well on the pageant circuit.

She tried to defend giving Britney the beauty treatment by saying that all the other pagement mums do it to their daughters, and that Britney wanted it too.

The single parent has now had Britney taken from her care and placed into the care of the state.

Dr Laura Davies, a child psychiatrist at California Pacific Medical Centre described what Kerry had put Britney through both physically and pyschologically as "disgusting" and many said that it was a form of child abuse.

Whatever the reaction to this act was, there is no doubt that the aim of Campbell's actions were to improve her daughters looks.

The act of giving an eight-year-old girl Botox to rid of her 'wrinkles' and give her a smooth, youthful looking face can only be described as outrageous.

Britney said herself that she didn't want wrinkles or lines on her face and would check every night to see if she needed anymore injections. This kind of mentality is established by both internal and external factors of a child's environment.

Althought what Campbell was doing to her daughter is plainly wrong, we cannot blame children for feeling pressure to strive for physical perfection, the image of it is everywhere they turn.

Airbrushed pictures of celebrities plastered over every magazine, heathly eating mantras, the constant campaigns to fight obesity it children and even their own mothers and sisters complaining of how they are getting 'fat' and need to lose weight.

Another story to hit the headlines recently was the latest Sketchers commercial. Sketchers have released a 'leg toning' shoe, known as Shape Ups that are available to girls as young as eight-years-old.

To add fire to the flame, the advert shows cartoon girls wearing the shoes and being chased by boys dressed as junk food. The advert, which is shown between children's programmes on Nickelodeon and Cartoon Network, has sparked outrage amoung parents. Change.org even wrote "Sketchers is sending a clear message to girls and women: you're never too young to start hating your body."

Back in 2008, Ofsted conducted the TellUs3 survey. 15,000 children were surveyed and one third of the girls surveyed were worried about their body image by age 10 and by 14 half of them cited their figure as their main worry.

Shockingly, the figures are only becoming worse. In 2011 the British Journal of Psychology found that half of three to six-year-olds say that they worry about being fat. By seven 70 per cent of girls want to be thinner, by nine half have been on a diet and for girls between 11 and 17 it is their number one wish in life to be thinner.

Monica Grenfell wrote an article for MailOnline titled, 'Want to do your chubby daughter a favour? Tell her she's FAT'. You only have to read the article to see that she is simply adding to young girls worry at becoming fat and is doing nobody any favours, as the title would suggest.

She speaks of how a young girl offers her a chocolate and she 'politely' refuses by saying "I won't thanks - I don't want to get fat!" She then seems to be surprised when the young girl's mother replies with "How dare you put pressure on my daughter by suggesting she’ll get fat if she eats chocolate!" and follows on by saying she makes no apologies for her comment.

Yes, of course people will get fat if they eat an unhealthy amount of the stuff, but one chocolate is not going to make you gain 10lbs. This article is a prime example of how society gives young girls a complex about their weight.

The effect that this obsession is having on children is detrimental to their health, not just physically but mentally. This diet culture is at risk of leaving the next generation with the high risk of eating disorders, constant feelings of inadequacy and self-loathing.

Of course obesity is a problem in the UK, but there are tactful ways to ensure your child remains healthy and happy. Tanith Carey's new book, Where Has My Little Girl Gone? How To Protect Your Daughter From Growing Up Too Soon, contains useful senarios and tips about setting your child in the right frame of mind when it comes to food, and avoiding giving your child a complex.

Children as young as eight are now undergoing cosmetic procedures to improve their looks and being sold trainers that will tone up bums and thighs. How much further will it have to go until it has gone too far? If you ask me, it already has.

Where Has My Little Girl Gone? How To Protect Your Daughter From Growing Up Too Soon will be available from 20th May 2011. 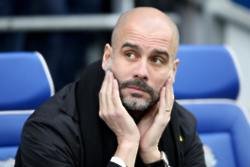 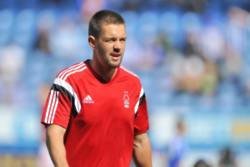