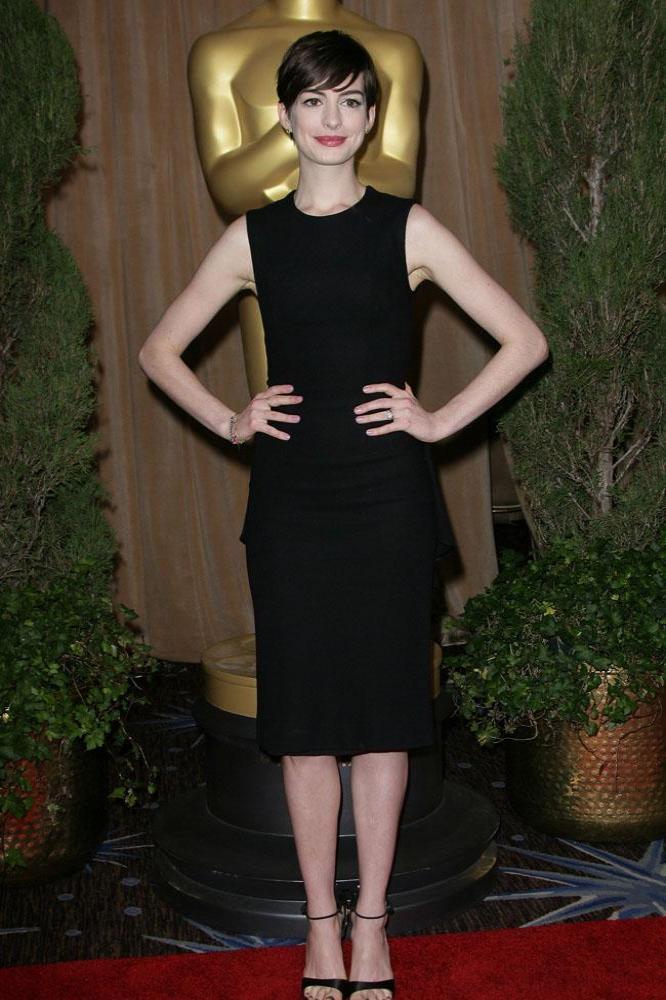 Anne Hathaway's representative has brushed off new reports suggesting the actress is expecting her first child with her husband Adam Shulman.

The Les Miserables star's brother, comedian Tom, was said to have let slip the news during a stand-up routine at the Tandem Bar and Restaurant in Brooklyn, New York last Wednesday (30 October).

A source told America's Star magazine, "Tom opened his act by talking about Anne's personal life. He said, 'My sister got married last year, and now she is about to be a new mum!' I don't think he realised what he had done".

The insider added, "Anne is over the moon and Adam is extremely giddy. She's been wanting to get pregnant for a while but knew that she needed to wait for the right time. They are more than ready for this next chapter in their lives".

However, the Oscar winner's spokesman, Stephen Huvane, has been quick to shoot down the claims, telling WENN, "Anne is not pregnant!" The latest pregnancy report comes 11 months after Huvane was forced to deny speculation his client was expecting a baby as she headed into awards season, after gossip first spread at the Golden Globe Awards in January.