Bruce Willis gets a "Huge Kick" From Making his Kids Laugh

'A Good Day to Die Hard' actor Bruce Willis loves nothing more than entertaining and making his four daughters laugh, taking on some of his big-screen roles simply for the amusement of his children

Bruce Willis loves nothing more than making his four daughters laugh, describing it as "a great job".

The 57-year-old actor, who has a 10-month-old daughter, Mabel, with wife Emma Heming-Willis, and three daughters, Rumer, 24, Scout, 21, and Tallulah, 19, with ex-wife Demi Moore, loves nothing more than joking around with his girls and admits he sometimes takes on film roles simply to entertain his children.

"I get a huge kick out of trying to make my kids laugh. It's a great job to try to be the best job you can."

In his new film, 'A Good Day to Die Hard', Bruce stars alongside Jai Courtney as father and son John and Jack McClaine, and the action star thinks their relationship was very much true to life.

He added: "I get the opportunity to have this father-and-son, contentious relationship that I think really drives the film.

"It's fun to watch, and it's complicated, and it's a lot like real life, and you kind of know people like these guys, arguing with each other. It's been a running argument." 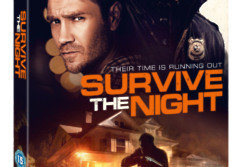 Win a copy of Survive the Night on DVD