The Lindo Wing of St Mary's Hospital in London are said to have begun preparing for the arrival of the Duchess of Cambridge, who is due to give birth later this month.

The hospital where Britain's Duchess of Cambridge is expected to give birth is preparing for her arrival. 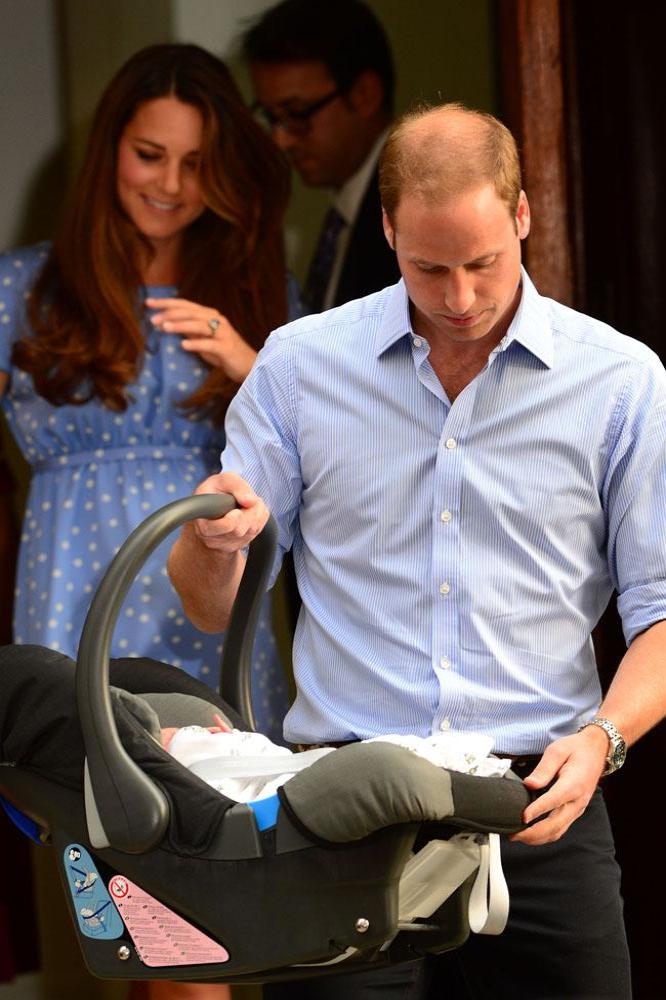 The Duke and Duchess of Cambridge leaving hospital with Prince George

Duchess Catherine, 33, is reportedly due to give birth to her and her husband Prince William's second child on April 25 and the Lindo Wing of St Mary's Hospital in London - where she had their 21-month-old son Prince George - have now begun preparing for her imminent arrival.

Parking restrictions are said to have been put in place on the roads out side the private wing and will be there from April 15 to April 30.

In addition to parking restrictions, media pens will be put up for photographers, reporters and TV crews in the coming days.

However, unlike in July 2013 - when baby George was born - news crews will not be permitted to "populate" what palace officials call a "partial installation" of the pens.

A source told People magazine that if anyone arrives they will be "moved on".

Meanwhile, broadcast positions are also set to go up near Buckingham Palace later this week so that crews can be ready when it's announced that the Duchess has gone into labour.

No further announcements will then be made until the birth has been successfully completed, the palace said at a briefing earlier this month.