Prince Harry praised the work of firefighters as he attended the London Fire Brigade's Christmas Carol Service at Westminster Cathedral on Monday night (04.12.17). 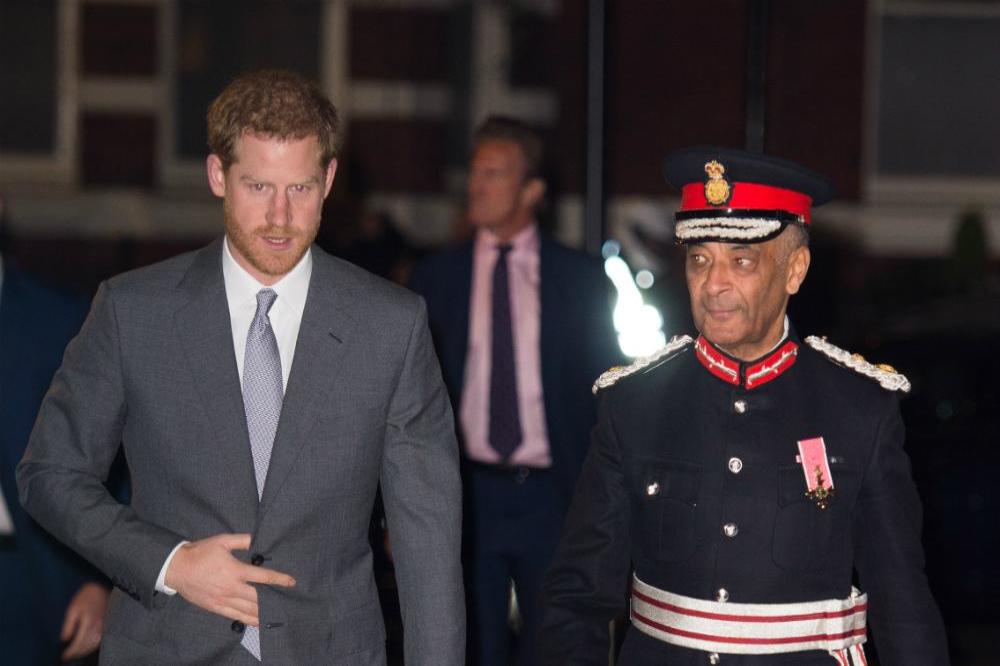 The 33-year-old royal took part in his first solo engagement since it was confirmed he and fiancee Meghan Markle are to wed next May, as he headed to the annual event at Westminster Cathedral.

During the service, Reverend Mia Hilborn said: "We pray for the Royal Family and for the newly engaged Harry and Meghan and the joy they have brought to the country.

Harry was spotted exchanging pleasantries with the London Fire Brigade's Commissioner Dany Cotton, who had to respond to the tragic Grenfell Tower disaster earlier this year when 71 died after a London tower block went up in flames.

Dany said the prince praised "the work of firefighters", especially after such an horrific event.

Harry also had the pleasure of meeting 'The Great British Bake Off' judge Mary Berry at the service.

Around 1,500 members of the LFB and their families were at the special event, which is also attended by former service members who have retired from the Brigade.

This comes after Harry and his new fiancée Meghan attended their first joint official royal outing since announcing their engagement.

On Friday (01.12.17) they headed to Nottingham, central England, for a World Aids Day fair and to visit a youth project.

The pair looked loved-up as they greeted the crowds of people who had gathered outside the city's Contemporary Arts Centre and they were handed presents, including chocolate, flowers and cards throughout the day.