Pep Guardiola says Sergio Aguero will decide his own future at Manchester City after bagging a brace against Bournemouth. 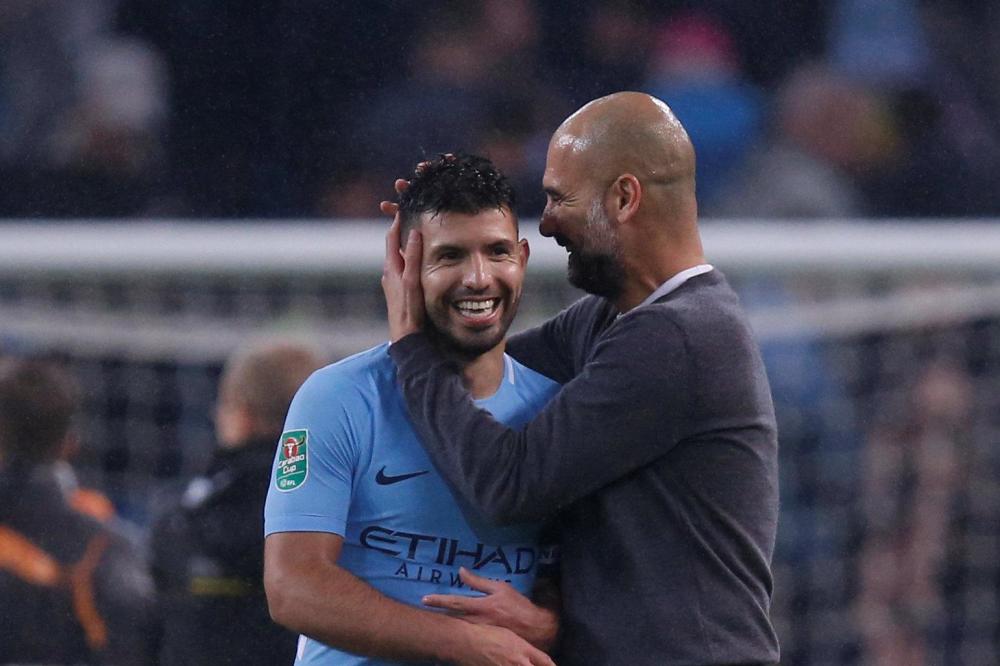 Aguero netted for the 100th time on home turf when he headed City into a first-half lead against the Cherries, then began chipping away at his next hundred by nodding a second in a powerful second-half from the Premier League leaders.

Raheem Sterling and Danilo were the other names on the scoresheet as City wrapped up their 17th straight league win, but this was a day for Aguero to soak up the acclaim at a ground he has graced with many great moments.

With the title well on the way to being decided, and the eventual scale of City's triumph the only real point of debate, post-match talk soon turned to the Argentina striker's long-term status at the club.

He faces constant competition from Gabriel Jesus at the head of Guardiola's attack and an ongoing interest in Arsenal's Alexis Sanchez would further crowd the field.

"I respect Sergio a lot, about all he has done and what he will do in the future," said Guardiola when quizzed about the 29-year-old.

"He is a legend; he will decide absolutely everything about his life and his future. I'm delighted to have him here with Gabriel and all the squad."