Spurs went into the game looking to cement their place at the top of the group against an Anderlecht side that was winless in its last five outings in European competition. 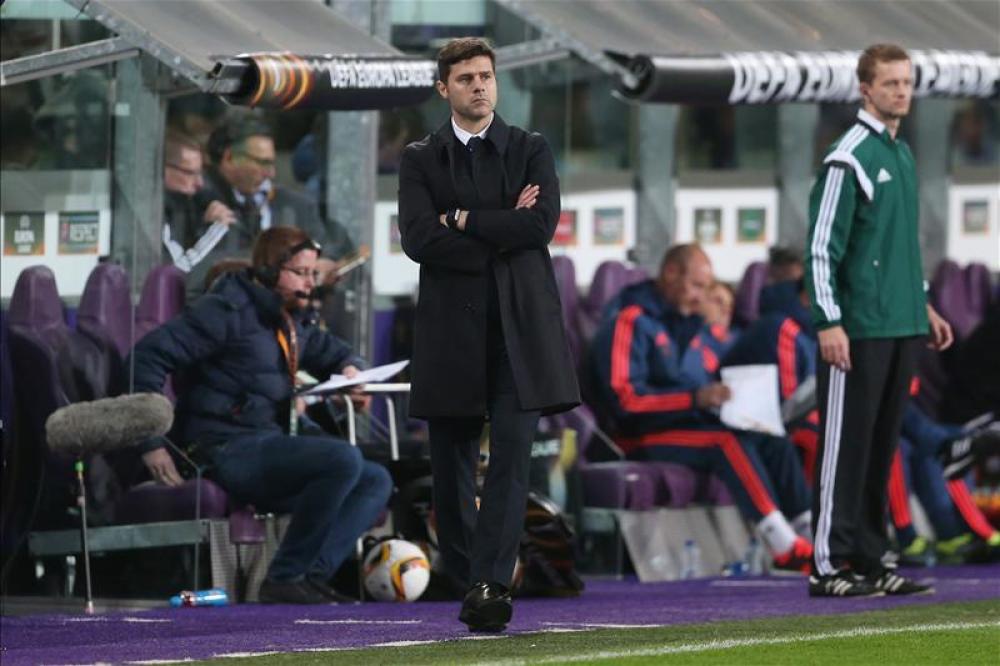 They went ahead early via a Christian Eriksen goal, but the Belgian outfit came back and snatched the three points to leave the group wide open after three matches.

Anderlecht went close in the opening couple of seconds when Hugo Lloris was almost caught out by Imoh Ezekiel's cross in from the right which he tipped behind.

The Spurs keeper's route one style long kick up the field a minute later dropped to Eriksen on the edge of the area but he fired straight at Silvio Proto.

Spurs did take the lead in the fourth minute when Kara Mbodji's attempted clearance rebounded off Leander Dendoncker and into the path of Eriksen who advanced into the area before firing low past Proto.

Eriksen then saw a free kick deflect just wide, before he set up Erik Lamela in the area but Proto did well to save at his front post on nine minutes.

However Anderlecht hit back to level with a goal out of nothing on 13 minutes when a Steven Defour corner from the right dropped to Gillett in the area and he teed himself up before firing a lovely right-foot volley beyond the dive of Lloris.

Lloris kept Spurs level on 28 minutes as he beat away a fierce drive from Okaka from inside the area after a clearance from Defour's left-wing free-kick into the box dropped at his feet.

On the half-hour Lamela as denied a goal by an offside flag, before Okaka again tested Lloris with a low strike at the other end of the field on 38 minutes.

Both sides showed attacking intent after the break but it took until 61 minutes for a real opportunity to arise as Mbodji got his head to a Defour corner from the left but Lloris got down well to gather on the line.

Harry Kane came off the bench and should have put Spurs in front on 69 minutes when he out-muscled Mbodji in the area but couldn't get his shot past the advancing Proto who made a good save.

It proved costly as Anderlecht grabbed their second and ultimately winning goal on 75 minutes when substitute Frank Acheampong scampered away down the left and crossed for Okaka to fire in from close range in the centre.

Dennis Praet almost added a third in the 90th minute when Ben Davies could only clear a Acheampong cross into his path, but again Lloris denied him with a fine save.