Jos Buttler says England's bowling could have been tighter after Tuesday's T20 tri-series defeat to New Zealand in Wellington. 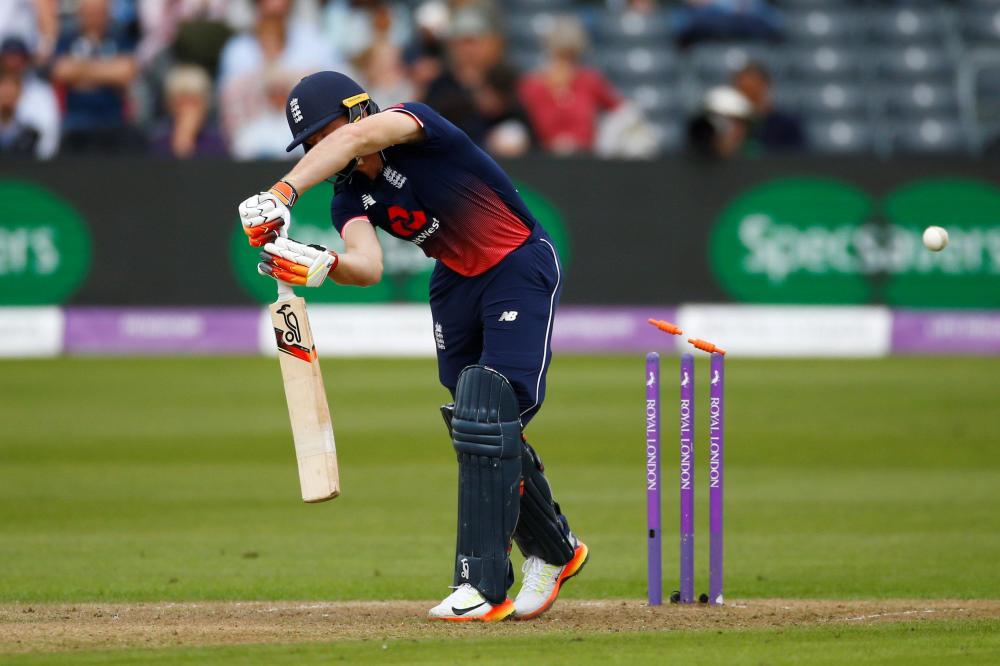 Bowling was slightly off - Buttler

Having lost their first two matches against Australia, England were in desperate need of a victory in order to boost their chances of reaching the final in Auckland a week Wednesday.

New Zealand, who had also lost their only match so far against the Aussies, managed to make 196-5 from the allotted 20 overs, with Martin Guptill (65) and Kane Williamson (72) starring with the bat.

Spinner Adil Rashid and paceman Mark Wood both claimed two wickets although the latter was extremely expensive, having conceded 52 runs from four overs at a rate of 12.75.

England's reply looked to be on track after Alex Hales' 47 from 24 balls got things off to a quick start while Dawid Malan made 59 from 40.

However, a batting collapse, which started at the end of the 14th over, ended any hope of a victory and Buttler's men could only manage 184-9, falling 12 runs short.

England now must hope Australia beat the Black Caps to have any chance of making the final and Buttler, who was in charge due to the continued absence of Eoin Morgan, admits the performance needed to be better.

He said on Sky Sports: 'Maybe we gave 10 or 15 too many. We were just off with our skills and the wicket played better than everyone thought. We did not bowl as well as we could have. We dragged it back pretty well at the end.

'We got a fantastic start. When Alex Hales is in that form, he rivals anyone in that powerplay. Dawid Malan impressed as well and we needed them to extend it further. We did not get the cameos in the middle, either.

'We need a favour from Australia to beat New Zealand - we will see what happens.'