England seamer Stuart Broad has said that his team are getting ready for a nerve-wracking end to the first Test against Bangladesh in Chittagong. 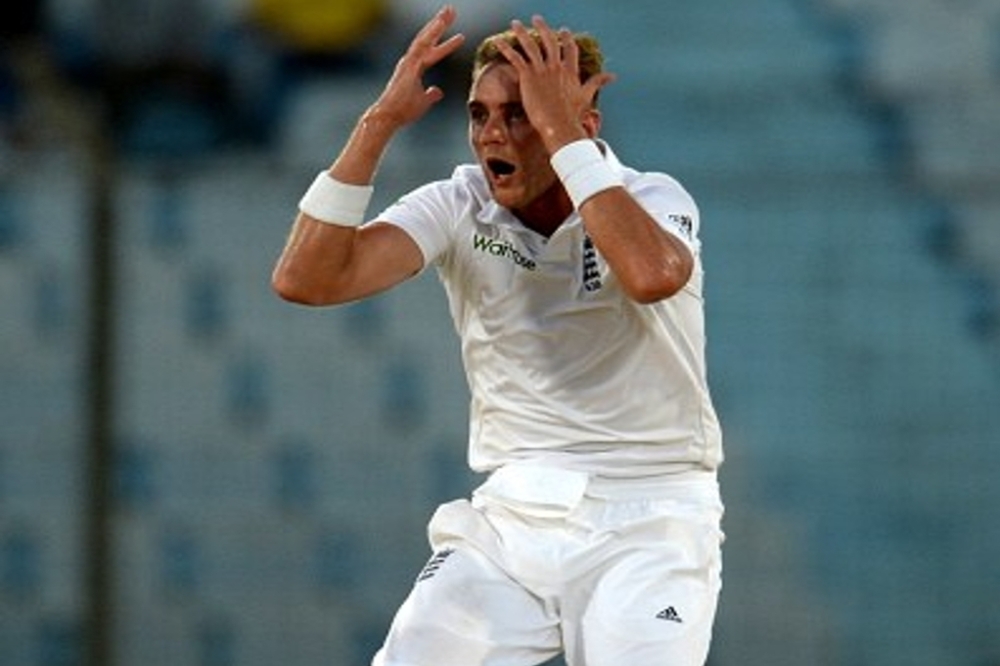 Bangladesh are 33 runs away from a first ever Test victory over England but have only two wickets left in hand as we head into the final day.

Sabbir Rahman has played brilliantly to reach an unbeaten 59 and Taijul Islam has frustrated England and made 11 not out.

Broad told Sky Sports: "The key is to stop boundaries. The boundaries take your runs away so quickly. If we can make them operate in ones this pitch is still doing enough for us to take wickets.

"Our mentality will be to be as disciplined as we can and not give any free boundaries away. I think we will look to keep it dry and try and have a quiet first hour, make their batsmen make mistakes and try and take our catches.

"We had a chat at tea and as seamers we felt that we could limit the boundary options so we can still use spin at one end because when we used double spin, the batsmen got used to that and got used to hitting a boundary area.

"It's been tense, it's Test match cricket and it never ceases to amaze me. It's been an exciting Test match throughout and tomorrow is going to be a nerve-wracking day but it is a fine balance, trying to take wickets but not concede easy runs.

"Bangladesh have played really well today, I think they batted fantastically well to get up to the score they have."