England marched to a world record score of 444/3 on their way to a 169-run win to seal the ODI series against Pakistan 3-0. 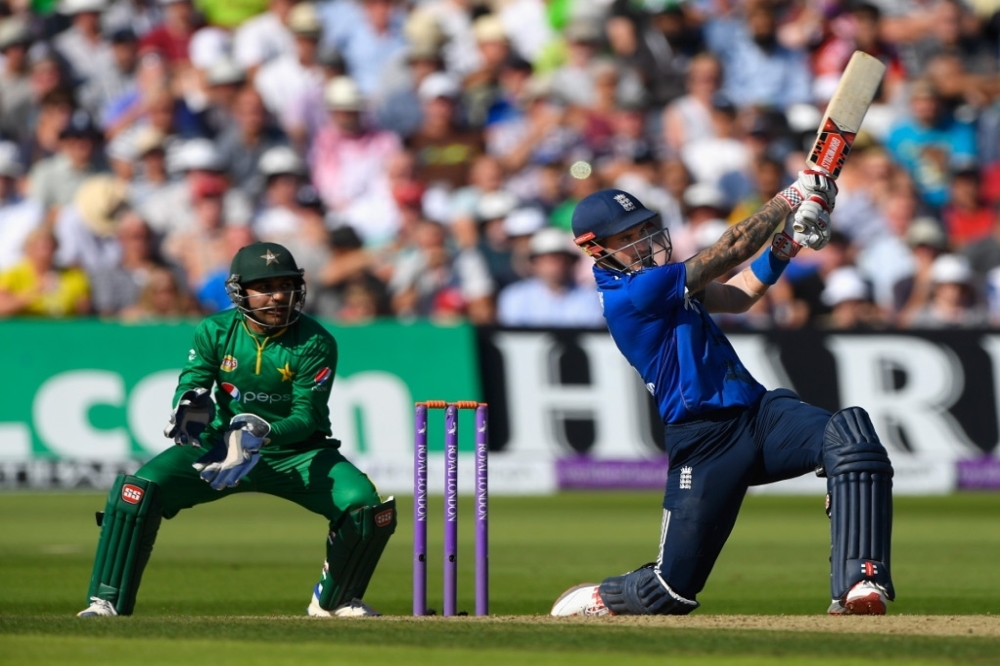 The hosts have Alex Hales to thank, as he struck a record century that became the first of many records to fall in Nottingham on an incredible evening.

Despite losing partner Jason Roy early, the opener was superb, crunching 171 off just 122 balls to break the record for the highest individual total in an ODI by an English batsman.

Hales got there with a boundary and the crowd rose to acknowledge the fact, but he would be trapped lbw the very next ball, ending a 248 run partnership with Joe Root.

That dismissal brought captain Joe Buttler to the crease and he certainly did not disappoint. The right-hander bludgeoned 50 off 22 balls to set another record for England.

After a superb five balls in the final over from Hassan Ali, Sri Lanka's record of 443 looked likely to stay intact, but Buttler smashed a final boundary, cuing beldam at the ground. He would finish unbeaten on 90 from 51.

Pakistan were poor in the field, dropping two catches and Wahab Riaz was the villain of the night, twice taking wickets off no-balls and finishing with a whopping wicket-less 110 runs off his full allotment.

In reply, Pakistan would make a decent start, cruising to 21 off the first three overs before Chris Woakes dismissed Sami Aslam, his first of four for the night.

But Sharjeel Khan was going wonderfully at the other end, with his crisp strikes giving the large Pakistani contingent some hope until he perished for a swift 58 off 30 balls in the tenth over.

From there, the visitors struggled to rebuild as they lost wickets at regular intervals and the asking rate climbed relentlessly, reaching over nearly 12 at the halfway mark, with Pakistan at 158/6.

Dropped catches from Hales and Buttler would prolong the Pakistan innings as would a superb cameo by Mohammad Amir.

The 11th bat was not to be left out on this record breaking day, putting the English bowlers to the sword and notching up no less than 58 off 28 balls, setting a record for the highest total by a number 11 batsman in ODI history.

Amir's 76 run partnership with Yasir Shah brought smiles back to the faces of the Pakistani faithful, but at 275 all out, they had fallen well short.