Roy Looking to Break Into the Test Side

England opener, Jason Roy, is looking to continue his fine ODI form against Pakistan in the upcoming series, but concedes only first class runs will earn him a Test call up. 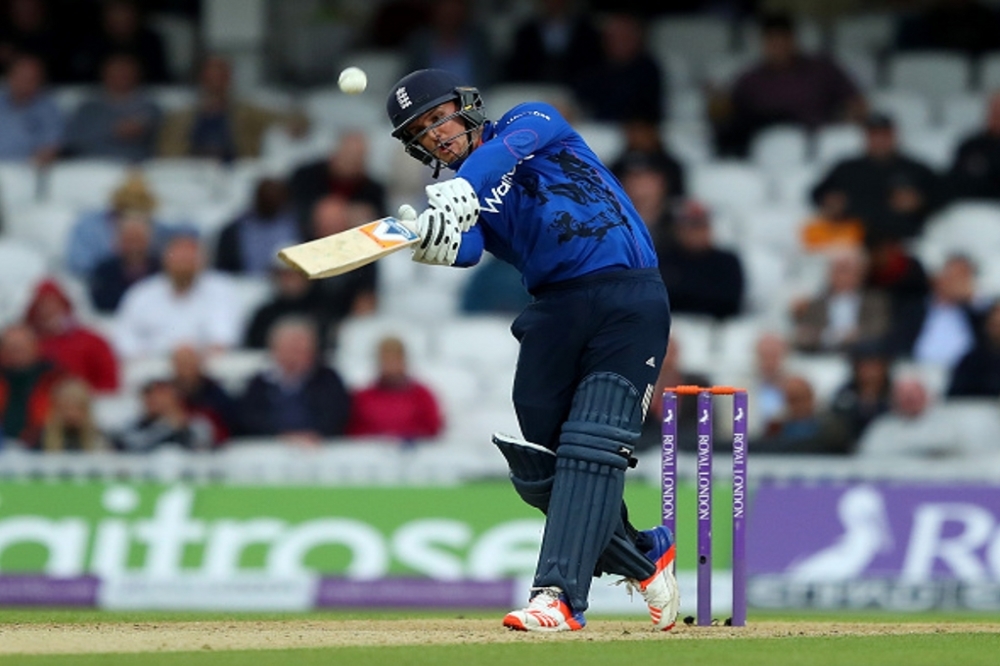 Roy looking to break into the Test side

The Durban-born batsman has made a terrific start to his ODI career, scoring 874 runs at an average of 39.72 in 25 matches and wants to keep growing as a player.

While success in ODIs will catch the eye, Roy knows that runs in the County Championship are vital if he wants to replace either strugglers, James Vince or Alex Hales, in the England team.

Roy told Sportsmail: "There is a lot of hard work to be done to get there but to get an England cap with a Test number on it is a dream,

"I have scored some runs at good times which has been nice but I’ve not had the weight of runs I’d have liked in the Championship."

The aggressive batsman admitted he hasn't quite done enough to earn the call yet, but has indicated that he is committed to breaking through.

Roy added: "I don’t know too much about what the selectors are thinking to be honest but there’s no doubt weight of runs is what it’s about.

"I can’t complain too much though. I feel in good form and my game is in a pretty good place going into the Pakistan series. If I keep going I’ll be there or thereabouts in terms of being successful."

The Surrey batsman confessed he has struggled to adapt to the rapid fire changes in format in the county game, where all three formats can be played within a week or so.

Roy conceded: "The difficult thing has been going back and forth between three different forms of cricket,

"It’s tough to focus on the Championship and then white ball cricket when you’re switching every few days. You can play a Championship game and then a Twenty20 the next day.

"It can be extremely frustrating. There haven’t been too many batters who have found consistent weight of runs in all formats.

"There’s been a lot of talk about the restructuring of the season, but there’s been talk like that for three or four years. Our job is to get on with it as best we can and let others make the decisions."

With his Kwazulu-Natal origins, aggressive style and the fact that he plays for Surrey, many compare Roy with Kevin Pietersen, and the batsman has revealed he learned a lot from KP.

Roy continued: "I speak to him (Pietersen) now and then – he’s a busy man,

"I learned a lot from him about the way he did things mentally.

"There was nothing too technical as he’s a bit of a freak in the way he does things.

Roy added that England will not be looking to change the aggressive style that has seen them turn around their limited overs form in recent times: "The Test matches were a bit disappointing, but my message is to go out there and attack and I can’t see that changing.

"It’s worked for us in the past so I think if we changed our approach it would be to our detriment.

"The way we’ve played has led to success and for us to do the same and win this series would be a big boost.

"I’ve been working really hard in practice and I have to keep that level going now.

"We want to build on the Sri Lanka series and the way England have played in recent one-day series and at the World Cup,

"Pakistan will be full of confidence after their big Test win at The Oval. Their seam bowlers and younger players are certainly going to come into the series firing.

"I’ve faced most of their bowlers and they’ve got some quick fellows in their attack so it should be good fun.

"I’m hugely looking forward to the opportunity to get out there."