Sri Lanka finished day two of the third Test on 162-1 after earlier bowling England out for 416 at Lords. The hosts began the day on 279-6 and they added a further 137 runs, with Jonny Bairstow finishing unbeaten on 167, as he became England's highest scoring wicket-keeper in a Test match at Lord's.

Chris Woakes also impressed with the bat, as he recorded his first ever Test-match 50, while Rangana Herath was the pick of the Sri Lankan bowlers, as he finished with figures of 4-81 off 36 overs.

The tourists, who are currently 2-0 down in the three-match series, began their chase well with the bat, as openers Dimuth Karunaratne, who was dropped by Bairstow on 27, and Kaushal Silva survived an early England onslaught and they both reached their half-century.

Karunaratne was eventually dismissed for 50 after he was caught down the legside by Bairstow off the bowling of Steven Finn, but Silva remained undefeated on 79, alongside Kusal Mendis, who finished unbeaten on 25.

Silva revealed after the day's play that he was pleased with the team's work at the crease and he was happy to see the confidence returning to his side following comprehensive defeats in the first two Test matches at the Riverside Ground and Headingley Carnegie Stadium.

He said: “We went out to bat positively and that helped us. The innings at Durham helped us a lot with our confidence and we just had to get it into our systems. Since we have got that confidence the boys have done very well. We’ve been working really hard at our games and it’s helped us.” 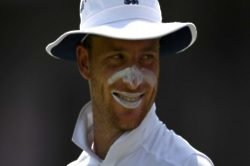 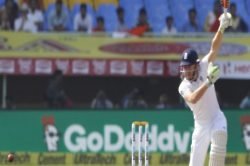 England Vow to Go Down Fighting 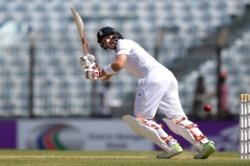