A solid 78 off 179 balls from Tamim Iqbal helped Bangladesh claim an advantage over England on day two of the first Test in Chittagong. 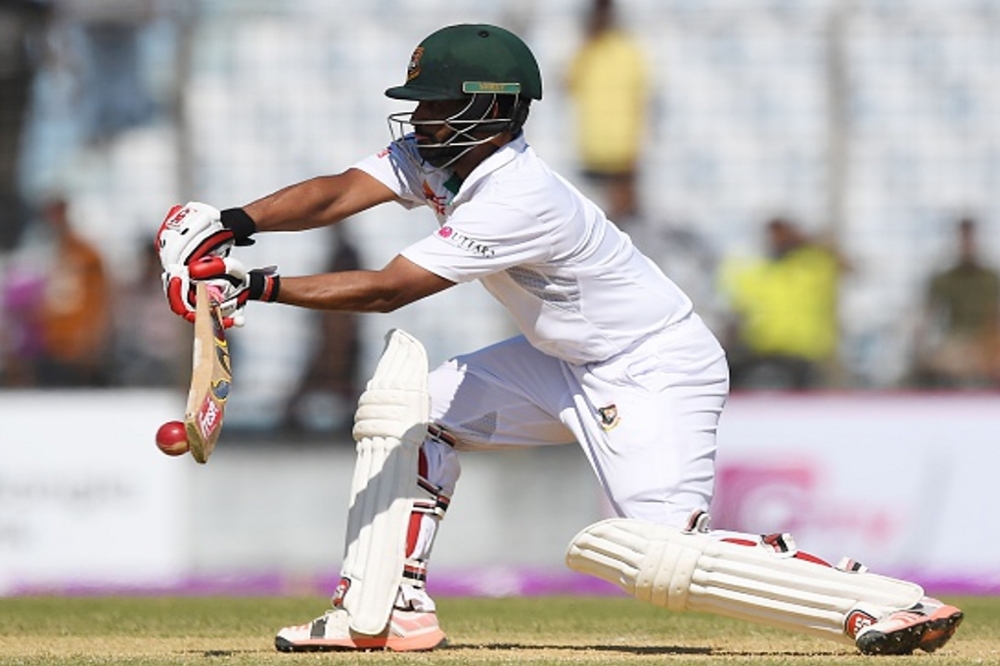 Despite two early wickets from Moeen Ali, Tamim and the middle-order helped guide the Tigers to within 72 runs of the England total reaching 221 for 5 by the close.

Earlier Bangladesh wrapped up the England innings with minimum fuss, preventing the tourists from passing 300 as they were bowled out for 293 in the morning session.

Chris Woakes (36) fell off the first ball of the day, he was caught at short leg while prodding forward uncertainly.

Adil Rashid (26) and Stuart Broad (13) looked like they might take England past 300 but the former departed with the score on 289 before Mehedi Hasan fittingly took the final wicket of the innings.

Mehedi would finish with figures of 6 for 80 from 39.5 overs while England's top scorer remained Moeen after his review-laden 68 yesterday.

After just over a dozen overs of toil England picked up Tigers opener Imrul Kayes (21) and Mominul Haque (0) in quick succession before the lunch break.

The second session belonged to Bangladesh as they scored ninety runs for the loss of Mohammad Mahmudullah (38).

England worked hard in the field but their spinners lacked the guile of their opponents and Bangladesh seemed more comfortable at the crease than the visitors had been.

The wickets of Tamim and skipper Mushfiqur Rahim (48) gave a more even slant to the final session but the Tigers will feel they won the day.

Moeen couldn't add to his two early wickets but his return of 2 for 66 left him as statistically England's best bowler.

Bangladesh will resume tomorrow just 72 runs behind England with five wickets in hand.