Glenn Maxwell responded to being dropped for the ODI series with a match-winning 103 in Australia's five-wicket T20 win over England. 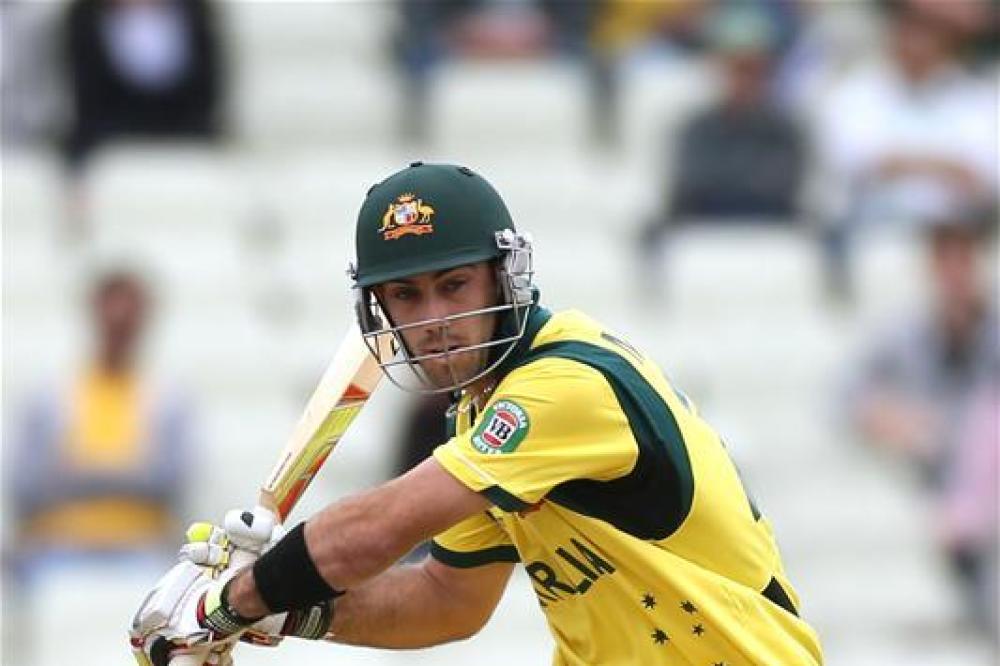 The 29-year-old guided the hosts to their target with nine balls to spare, having earlier taken 3-10 to restrict England to 155-9 off their 20 overs.

The all-rounder was surprisingly axed for the one-day series against England, which Australia lost 4-1, with his approach to training questioned by captain Steve Smith.

'It's been great to transfer my Sheffield Shield form into the Big Bash and now this tri-series,' said Maxwell, nicknamed 'The Big Show'. 'That's the most pleasing aspect for me.'

Set 156 to win in Hobart after Dawid Malan made 50, the hosts fell to 4-2 in the first over as David Willey struck to remove both T20 captain David Warner and Chris Lynn.

Maxwell kicked on despite further losses, sealing victory and bringing up a 58-ball hundred with a six.

He added: 'I told Alex Carey to get two off the first ball because I didn't have much left, but he gloved one and told me to go and get the hundred.'

Australia, who face England in Melbourne on Saturday, have won their opening two games of the tri-series following victory over New Zealand last weekend.