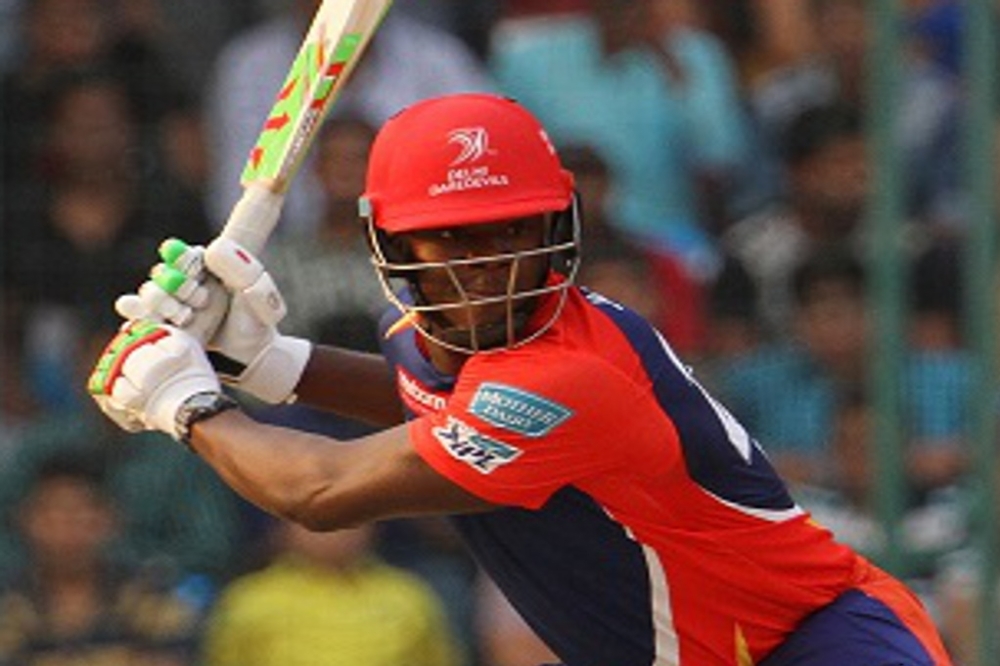 Brathwaite's 34 off 11 balls saw Delhi post 186 for eight after a poor start, while his three wickets helped Kolkata on their way to 159 all out with nine balls to spare.

Kolkata won the toss and opted to bowl, which was a great choice initially. They removed Quinton de Kock and Shreyas Iyer in the first over, to Andre Russell, and then had a third wicket with the score on 32.

It seemed like if would be a low score to chase, but England's Sam Billings, making his IPL debut, had other ideas. He and India's Karun Nair put on a century stand over the next 12 overs.

Nair went at a quicker pace than the English wicketkeeper, at least at first, and both made their half centuries with less than 40 balls faced. Nair was out for 68 to break the stand, trapped LBW by Umesh Yadav.

Yadav also removed South Africa all-rounder Chris Morris in the same over for a duck, the batsman unable to replicate the heroics he enjoyed against Gujarat a few days earlier.

The score was bolstered even further when West Indies powerhouse Carlos Brathwaite smashed 34 runs off just 11 balls at the death, including three sixes. He was out to countryman Russell in the final over.

Kolkata's chase started off decently, with Gautam Gambhir and Robin Uthappa putting on 20 runs inside the first two overs, but Gambhir was gone soon afterwards, caught by Iyer off Zaheer Khan.

Uthappa was the only KKR batsman to make a real impact as he held steady on one end, but only three other batsmen made double figures and none made more than 21. As such, Uthappa's 72 was in vain.

Khan took three wickets at a good economy rate, and while Brathwaite was expensive, at more than 10 to the over, his removal of batsmen four, five, and six broke the spine of the chase.

As a result of the win, Delhi moved ahead of Kolkata into second place on the table, behind Gujarat Lions, dropping the Knight Riders to third.