Brendan Rodgers Looking for Celtic to Up Their Game 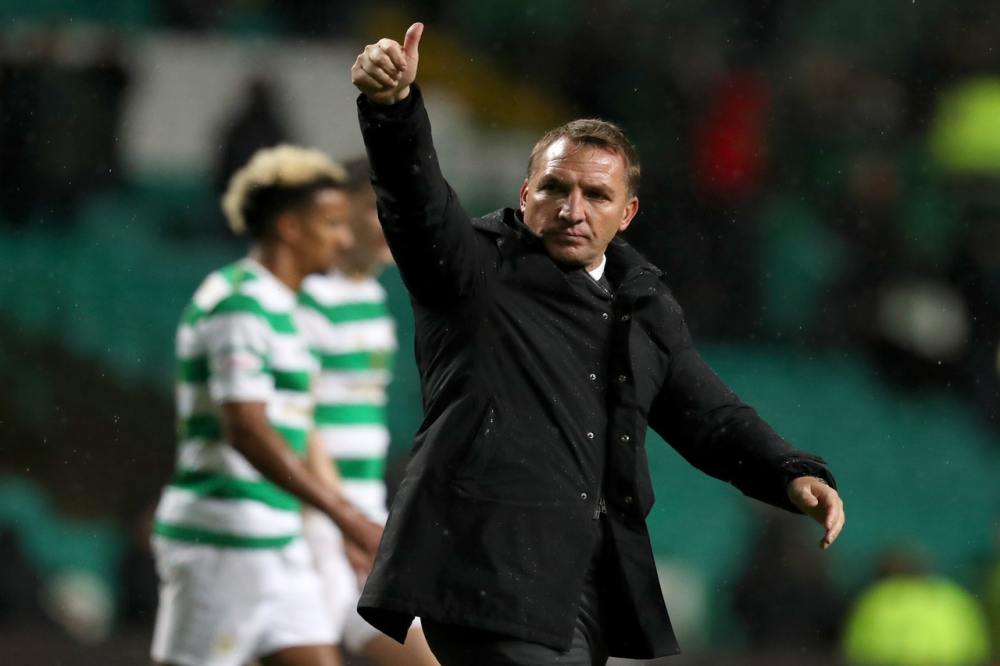 Brendan Rodgers looking for Celtic to up their game

The Northern Irishman noted some defensive flaws in the 3-2 William Hill Scottish Cup win over Partick Thistle at Parkhead on Saturday, with winger James Forrest scoring his first hat-trick for the Hoops to take his tally for the season to 16.

At 2-0 up after 10 minutes Celtic defender Jozo Simunovic's slack back pass allowed Jags striker Kris Doolan to nip in and reduce the deficit.

And with six minutes remaining, Simunovic allowed Thistle substitute Conor Sammon to fire in a second to set up a nervy finale, where Celtic left-back Kieran Tierney prevented Ryan Edwards grabbing an injury-time leveller with a timely challenge yards from goal.

Zenit visit Parkhead in the first leg with the return game in Russia the following week.

Rodgers said: 'We will clearly need to play better than we did on Saturday but hopefully the occasion brings that performance up.

'We have a lot of players missing with injuries but it's two really exciting games for us and the first leg here on Thursday should be a fantastic game.

'We'll get ready for that over the next few days and look forward to it.'

The former Swansea and Liverpool boss is excited to still be in Europe after Christmas, even if it is in the second-tier competition following their exit from the Champions League.

He said: 'That was the aim right from the start of this season, the next step for this group.

'We've qualified for this phase and now we want to maximise where we can go in this competition.

'We recognise that there are some crack teams in there that are probably disappointed that they are not competing at the latter end of the Champions League but the experience will be great and we'll see what we can do over the two legs.'

He said: 'We never had many chances but we took it to the final whistle.

'We had a great opportunity at the end with Ryan but is actually good defending.

'On the touchline I thought maybe Ryan could do better but after seeing it, it is great covering from the full-back.'