Manchester City are through to the final of the Carabao Cup following a 3-2 second-leg victory against Bristol City at Ashton Gate. 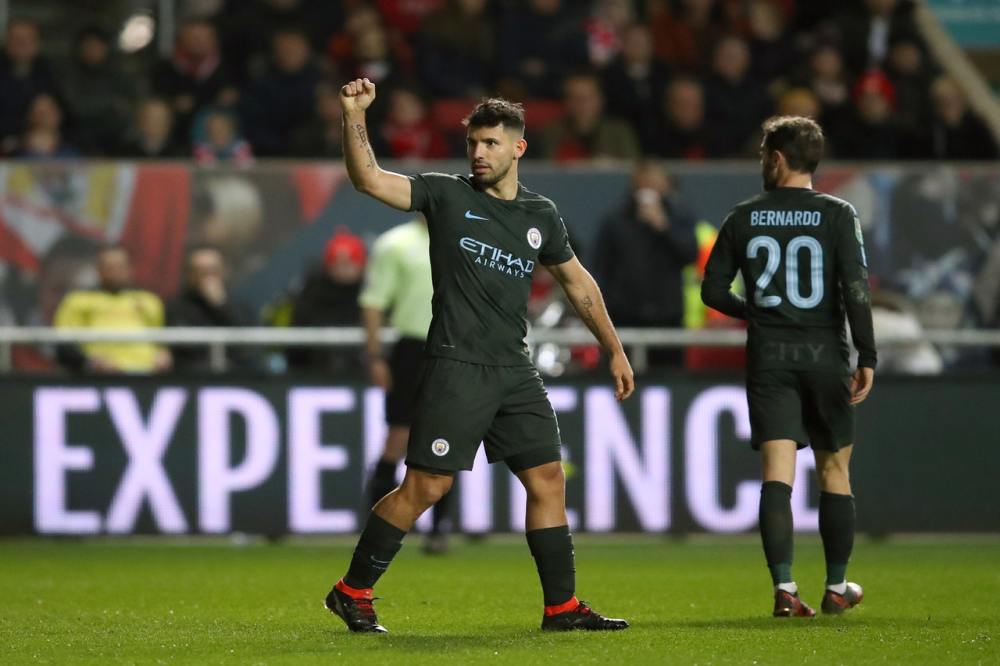 The runaway Premier League leaders were in control of the tie following a 2-1 victory at the Etihad Stadium earlier this month and goals from Leroy Sane, Sergio Aguero and Kevin de Bruyne ensured their passage to Wembley. Sane opened the scoring for Pep Guardiola's side on the stroke of half-time with Aguero netting a fine breakaway goal shortly after the interval. Marlon Pack pulled one back for the hosts before Aden Flint levelled the score on the night, only for DeBruyne to score a third for City with virtually the final kick of the game. Tweet of the match