Manchester City dropped points for only the fourth time this season as Burnley struck late on to secure a share of the spoils. 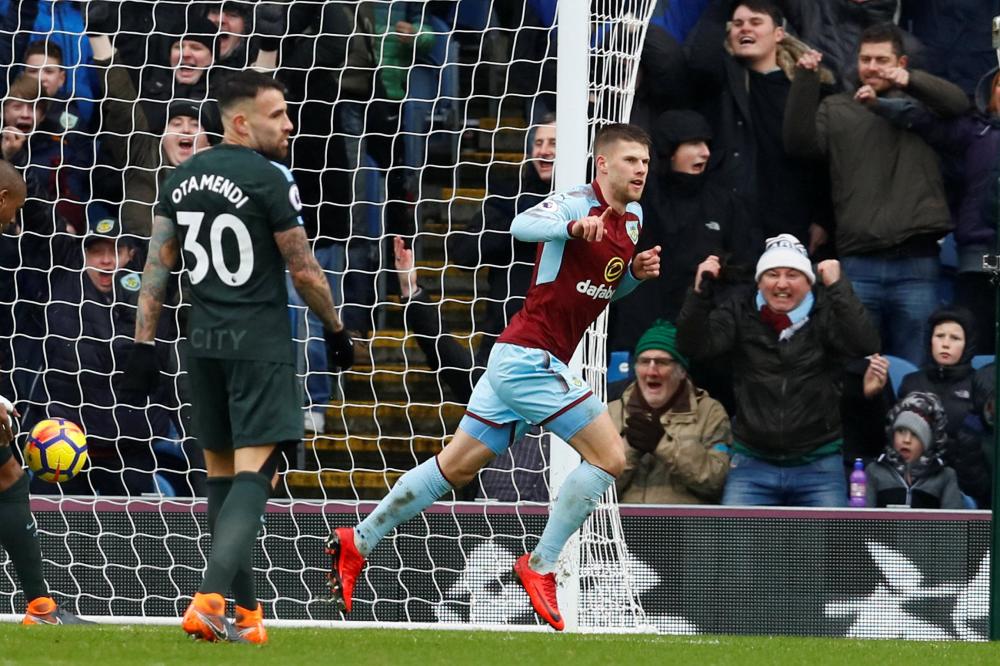 Pep Guardiola's men were far from their free-flowing best but had enough chances to pick up all three points, Raheem Sterling missing two glorious chances in the second half before Johann Berg Gudmundsson's equaliser eight minutes from time.

Vincent Kompany nearly opened the scoring early on when trying to reach an Ilkay Gundogan cross, only to collide with goalkeeper Nick Pope as he missed the ball.

The breakthrough was not far away though, Danilo curling in the opener after being given too much time and space on the edge of the box to beat Pope with a long-range effort on 22 minutes to notch his second goal in City colours.

Having spent much of the half on the back foot, the Clarets’ Ben Mee was denied a spectacular equaliser by Ederson, the Portuguese stopper making a great save at full stretch to deny the former City man.

City looked more threatening after the interval and cut Burnley apart early in the second half with a flowing move, Sergio Aguero putting the ball on a plate for Sterling to score the second, only for the winger to chip his effort over the bar.

Aaron Lennon, making his first start for Burnley, then went within a whisker of drawing the Clarets level when his powerful drive was tipped on to the woodwork by Ederson.

Sterling should have made Lennon pay for his miss minutes later but instead produced arguably the miss of the season when failing to net a second for City from two yards after a low ball in from Kyle Walker.

Sterling's misses proved to be costly when Berg Gudmundsson stole in at the far post to net the equaliser on 82 minutes, his effort having too much power behind it for Ederson to keep out.