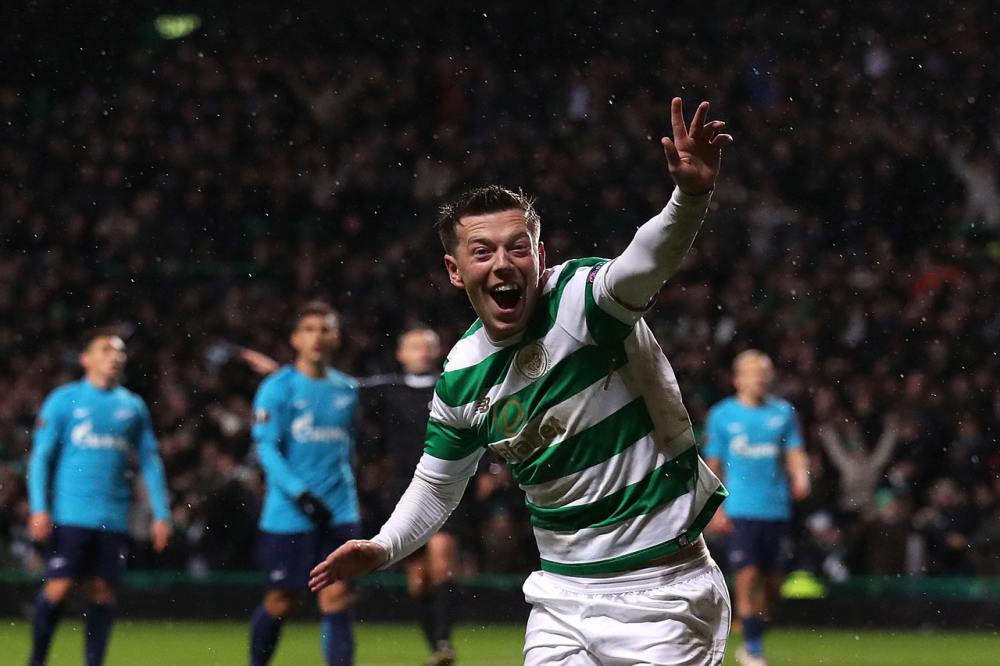 The Scottish champions dominated the last-32 encounter with a Russian side who looked every bit like a team who had not played a competitive game for over two months due to their winter break.

Roberto Mancini's expensively assembled team, top-scorers with 17 goals in winning their Europa League group, found themselves under the cosh for long spells.

It looked like they would hold outbut, in the 78th minute, McGregor fired high past Zenit goalkeeper Andrei Lunevto drive Celtic fans wild with delight.

And although the Russians are sure to be a different prospect in front of their own supporters, and with 90 minutes under their belts, Brendan Rodgers' men have the all-important goal advantage.

On a freezing night in the east end of Glasgow, it was an encouragingly fast start by Celtic as left-back Kieran Tierney led the charge.

In the seventh minute midfielder Olivier Ntcham fired wide from 12 yards after linking up with striker Moussa Dembele before playmaker McGregor drew a decent save from Lunev with a left-footed shot from inside the box.

Zenit looked off the pace as they struggled to build any attacks.

However, they sprang into action in the 14th minute and, from captain Domenico Criscito's cross, Hoops keeper Dorus de Vries blocked Anton Zabolotny's close-range flick, with Tierney eventually clearing off the line.

The home side were bossing possession and Zenit's defending grew increasingly desperate, though driven crosses from the impressive McGregor and Tierney found no takers in green and white.

Celtic came out for the start of the second half determined to make their possession pay off and the play quickly became stretched.

The visitors were unable to get their passing game going as Celtic nipped at their heels, denying space and time.

In the 55th minute in-form winger James Forrest drove into the Zenit box and made a yard for himself but his drive from 14 yards was blocked by stretching defender Emanuel Mammana.

As the pressure intensified, and Zenit dropped deeper, Lunev beat away a long-range effort by Eboue Kouassi.

The Russian side looked content to take the draw as the match entered the final 20 minutes, in which winger Charly Musonda took over from Kouassi to make his European debut.

And it was the on-loan winger from Chelsea who came up trumps in 12 minutes from time when he played in McGregor, who took a touch before lashing the ball high past Lunev from 12 yards out.

It was just reward for a fine performance and Celtic will now surely be more confident of qualifying than they were when the draw was made.