Chris Davies reckons Celtic will be facing a Champions League-quality outfit when they kick off their Europa League campaign against Zenit St Petersburg. 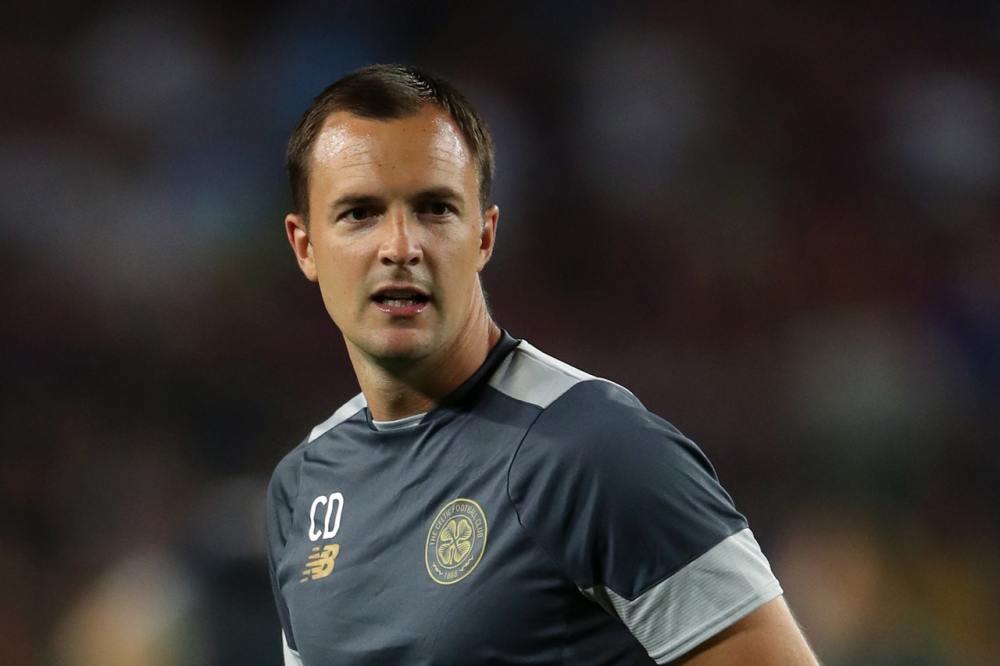 The Hoops have dropped down into UEFA's second tier after finishing third in their Champions League group.

But assistant boss Davies expects the standard to be just as tough as they take on Roberto Mancini's Russian outfit at Parkhead in Thursday's first leg.

Zenit topped their Europa League section with five wins and a draw, and lead the tournament's scoring charts.

'What's important to acknowledge is the level of the opponent we're about to face,' Brendan Rodgers' right-hand man said.

'Having analysed them and watched them for a few months now, we know they are individually and collectively a top team - a Champions League-level team with quality.

'We have to recognise that, respect that and be prepared for that.

'With the quality they have, they're good in possession but also good on the counter-attack and can be a threat on set-plays. Top teams can do all three of those and they have shown they're just that in the games I've seen.

'They were the top scorers in the Europa League with 17 goals in six games, so they're scoring nearly three goals a game and conceding less than one on average. These numbers tell you a story as well.

'We respect them but we also see it as an opportunity and we're going to hopefully take a lot of positivity and energy into the game and see what happens.'

AC Milan, Arsenal, Atletico Madrid, Borussia Dortmund and Napoli are just some of the big names among the 32 remaining Europa League contenders, but Davies believes Zenit can also rightly claim to be one of the favourites to reach May's final in Lyon.

He said: 'They're one of the better teams left in the tournament. There are some really good teams still involved and they're right up there.

'We've got a plan for the match and, if we can execute it, we'll give ourselves a chance.'

While Mancini's side cruised in the round of 32, their domestic form has not been so impressive, with a run of just two wins in their last nine games costing Zenit top spot in the Russian Premier League.

They are now only just returning to competitive action after a near three-month winter break.

But Davies believes Zenit - who have spent the last couple of weeks at a training camp in Turkey - will be fully prepared for action in Glasgow.

He said: 'We've had an insight into that side of it in that when we were at Liverpool, we played them at the same round five years ago.

'We drew with them 3-3 over the two legs but went out on away goals.

'There had been a little bit of talk pre-match about their conditioning after their winter break - but they were in very good condition.

'This time, they've had a couple of training camps, time to build up their fitness and plenty of games, so I personally expect them to be physically at a level to compete.'