Borussia Dortmund have accepted a 50,000 Euro fine for their fans' misbehaviour, which included setting off fireworks and throwing beer cups. 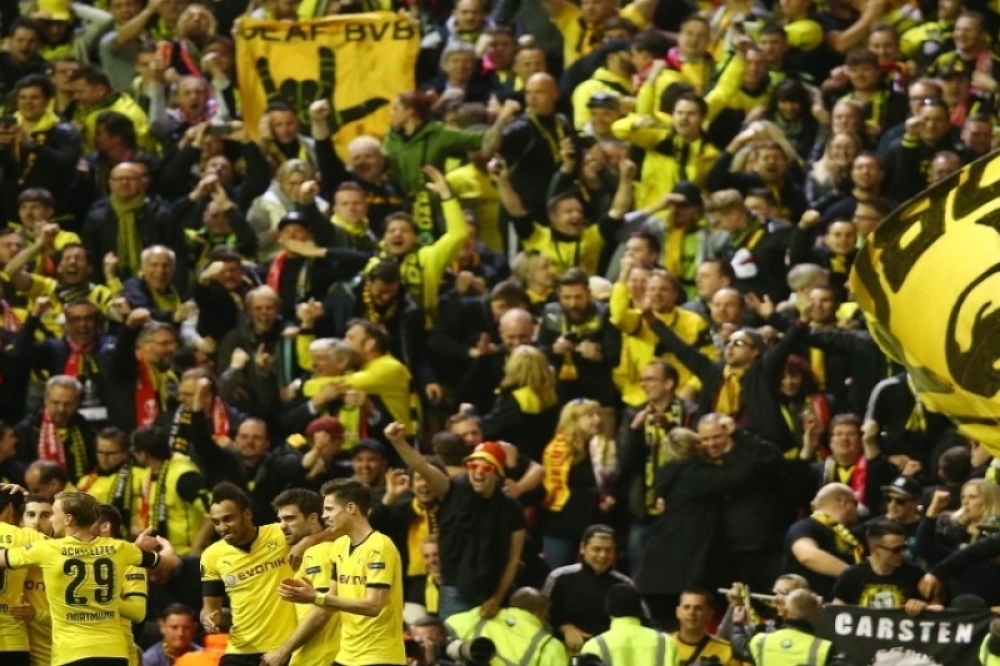 Borussia Dortmund have accepted a EURO 50,000 fine for their fans' misbehaviour, which included setting off fireworks and throwing beer cups.

The BVB supporters lit fireworks during three of the club's fixtures; at Magdeburg in August, against FC Schalke in November, and at Hertha Berlin last month.

A section of Dortmund fans were also caught throwing 'filled beer cups into coaching zone twice as well several beer cups towards the Schalke keeper in the 80th minute,' according to a statement on the German FA's official website.

The Bundesliga club have been in trouble for their fans' behaviour in the past as well. Dortmund were fined EURO 95,000 in July last year when fans lit fireworks during the DFB-Pokal final aginst Eintracht Frankfurt in May 2017.

The BVB have previously also been fined by UEFA for fan misconduct. The club had to pay a EURO 15,000 fine after supporters used fireworks at a Champions League clash against Apoel Nicosia in Cyprus.