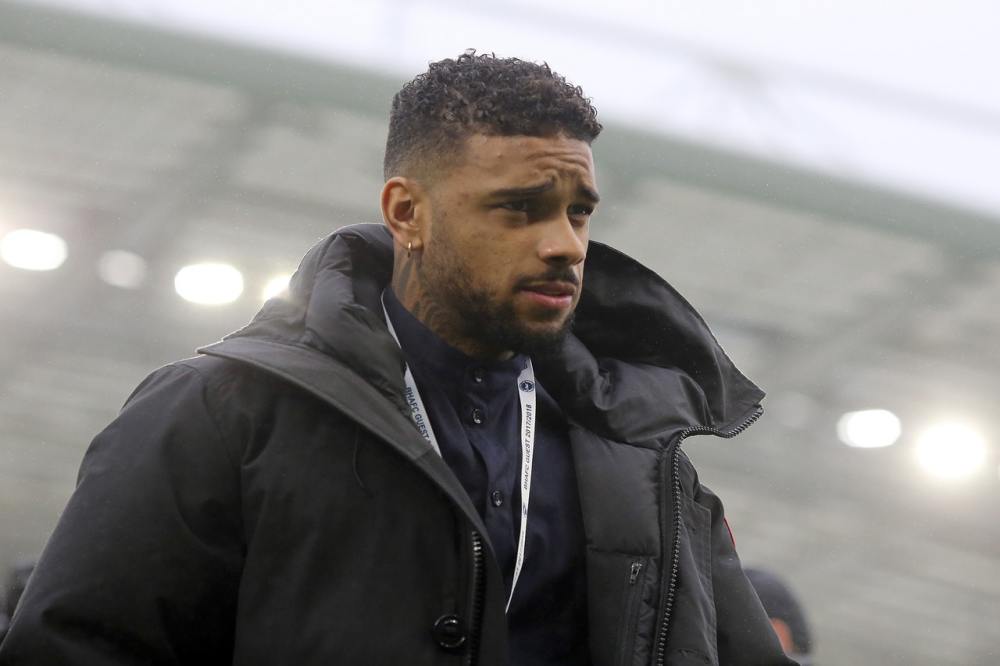 The 24-year-old admitted he had a challenging childhood after his parents' separation when he was a toddler left him without a male role model.

He became a father figure to three younger sisters and was raised by a combination of his mother and grandmother while pursuing his passion for football.

Asked what direction his life would have taken without the sport, the former PSV Eindhoven forward - who will make his Albion debut in Saturday's FA Cup clash with Coventry - replied: 'Probably criminal, man. I think so, yeah.'

He added: 'I had a difficult time because my parents separated when I was two years old and I was staying at home with my mom and three little sisters. And my mom had to work also so I stayed a lot of time at my grandma's.

'That made me how I am right now, I think, being with three little sisters and no father.

'I think when I was older I realised what you miss, you know.

'And at that time I didn't realise, I didn't know better.'

The former Holland Under-21 international made his professional debut for PSV as an 18-year-old in September 2012, coming on as a 68th-minute substitute to score an 11-minute hat-trick at VVV Venlo.

He managed 45 goals in 127 league appearances for the Eredivisie leaders to earn last month's big-money move to the Amex Stadium.

'I started playing football because I loved it and that's the main thing for me, I love it.

'If I don't play, for sure I'm going to be mad at myself, at my family also.