James Forrest grabbed himself a hat-trick as Celtic overcame Partick 3-2 in their William Hill Scottish Cup fifth-round clash at Parkhead. 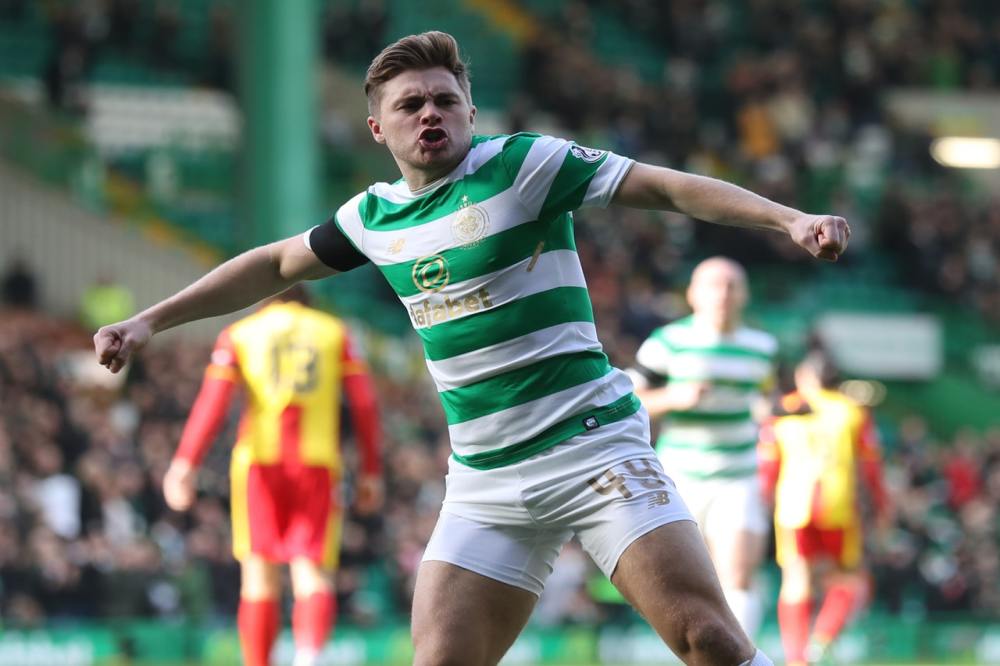 In a whirlwind start to the lunchtime encounter the Hoops winger scored twice in the opening 10 minutes before a mistake by defender Jozo Simunovic allowed Jags striker Kris Doolan to pull one back.

It looked done and dusted when Forrest fired in his third in the 53rd minute but in the 84th minute Jags substitute Conor Sammon, on for Doolan, fired in a second for the spirited visitors.

It was not enough to prevent the holders going into Sunday's quarter-final draw although Hoops manager Brendan Rodgers may be concerned with some defensive frailties ahead of the first leg of their Europa League tie against Russian side Zenit St Petersburg on Thursday.

Before kick-off there was a minute's silence in tribute to former Celtic midfielder Liam Miller who died on Friday after a battle with cancer aged 36.

Thistle were in trouble within minutes of the kick-off, when a loose ball from defender Baily Cargill conceded possession to Scott Brown.

The Celtic skipper instantly knocked the ball forward and when striker Moussa Dembele's shot was blocked by Jags defender Danny Devine, the ball spun to Forrest who knocked it in from eight yards for his 14th goal of the season.

His second came when he picked the ball up on the halfway line and ran almost unimpeded to the edge of the Thistle box before checking and driving past Tomas Cerny.

Six minutes later the Thistle keeper denied Forrest a hat-trick when stretched down to his right to tip his drive round the post.

In the 20th minute, and out of the blue, Thistle were handed a lifeline.

Under no pressure, Simunovic, back in for the injured Dedryck Boyata, was woefully short with an attempted pass back to Parkhead keeper Dorus de Vries and from the edge of the box the alert Doolan lofted it over the Dutchman and into the net.

From looking down and out, the Jags were rejuvenated but found themselves two goals adrift again eight minutes after the restart.

Winger Scott Sinclair took a Kieran Tierney pass inside the box and cut the ball back for Forrest to squeeze his close-range drive past Cerny, despite three Thistle players in close attendance.

The goal deflated the visitors and Celtic continued their search for more goals.

Dembele fired just wide from outside the penalty area in the 72nd minute before Sinclair drove straight at Cerny when he only had the former Hamilton keeper to beat.

However, again Thistle unexpectedly came back.

With six minutes remaining Sammon took a Chris Erskine pass and held off Simunovic before hooking a right-footed shot past de Vries and into the far corner of the net.

And there was the hint of even more drama in three minutes of added time when a fine cross from Erskine almost fell for Ryan Edwards inside the six-yard box before de Vries gathered to prevent a replay.