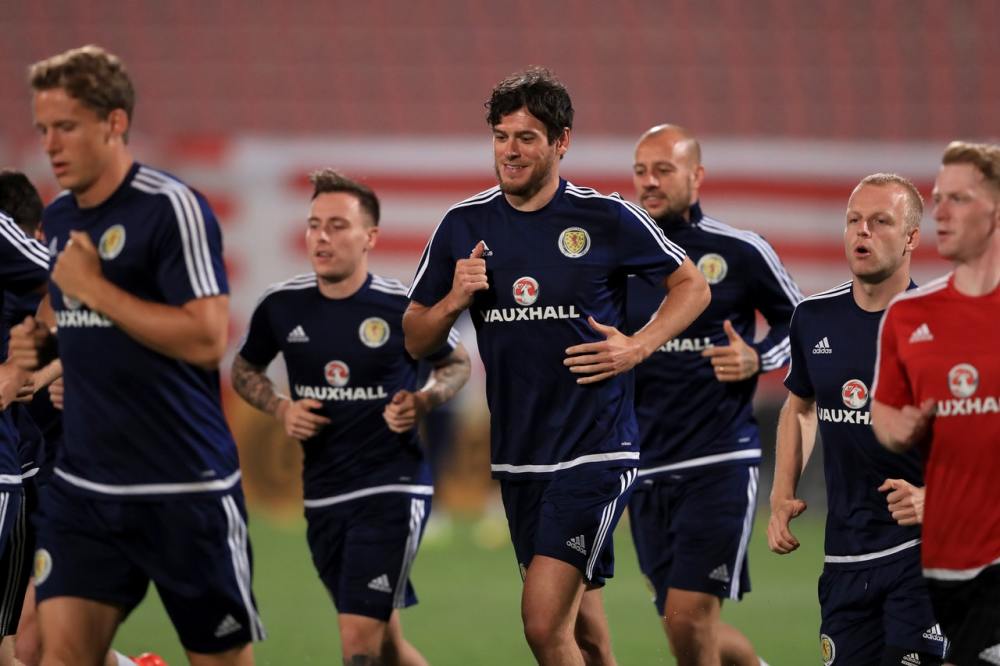 The SFA's search for Gordon Strachan's replacement as Scotland manager continues after Michael O'Neill opted to remain as boss of Northern Ireland, while former Rangers and Scotland boss Walter Smith reportedly ruled himself out of the runningafter talks with the governing body.

Clarke's good work at Rugby Park since he took over in October - a rejuvenated Killie side have won their last six homes games including victories over Celtic and Rangers - has added further credence to his undoubted credibility.

The former West Brom boss remains among the bookmakers' favourites along with the likes of SFA's performance director Malky Mackay and former Scotland manager Alex McLeish, which leaves Greer worried about an SFA approach.

'As a Kilmarnock player obviously I wouldn't want Steve Clarke to leave because he has done such a great job.

'On the flip side, as a Scottish player, I think he would be a great appointment but we want him to stay here so it is a tricky one to answer.

'I am not sure where they are going to go from here. It has taken a while to get to this stage so hopefully they can sort something our soon because there are games coming up next month - as long as they don't come here.'

Scotland's next games are friendly matches against Costa Rica at home and Hungary away on March 23 and 27 respectively.

Greer has not played for Scotland since a 3-0 friendly defeat away to France in 2016.

While stressing he would not refuse another call-up by whoever takes over as national team boss, he is happy to leave the future to a younger generation.

The former Brighton and Blackburn defender said: 'It is a tricky one.

'At this stage of my career it is better for the younger players to step in.

'Obviously if somebody took the job and wanted me to go along I would never say 'no'.

'But I think moving forward for Scottish football it would be better for them to get a few younger players in there that have got a chance to experience and make a name for themselves.'