Guus Hiddink is optimistic Chelsea can maintain their good record against Arsenal, despite the contrasting fortunes of the teams. 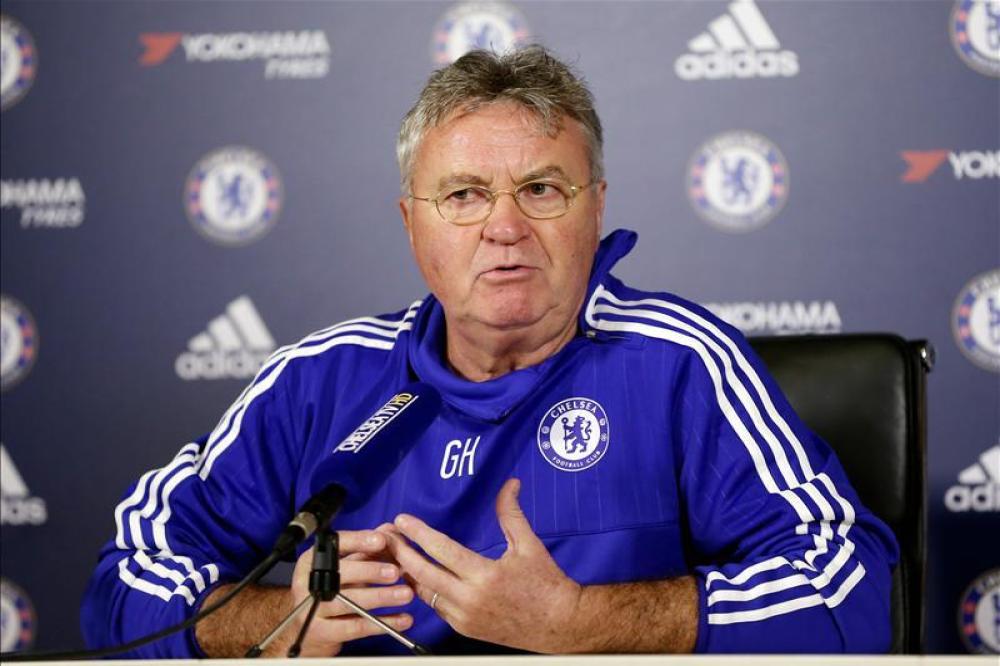 As the Gunners battle for the title, Chelsea entered the weekend's fixtures languishing in 14th place, 19 points behind Sunday's derby opponents.

Previous Blues boss Jose Mourinho was Arsene Wenger's nemesis - the Frenchman's only win in 15 contests with the Portuguese came in last August's Community Shield - and the Gunners have not won a Premier League clash between the sides in eight attempts, since October 2011.

"I'm convinced my team on Sunday will give its utmost to get results which have been achieved in the recent past," Hiddink said.

"It's a bit different to the past, of course. I'm not a person who likes to deny the facts.

"Look at the statistics. We're closer to that (relegation) line than we are to the Champions League positions.

"It doesn't mean we're looking down. We have to look up."

"I was very happy with the reaction of the team," he added.

"It was a narrow escape, but it was good to see that a team, in any minute or any second, even in the dying seconds, didn't want to surrender too easily."