Hull boss Nigel Adkins is heading to Chelsea with a mindset of 'all to gain, nothing to lose' given his side's injury, ineligibility and suspension worries. 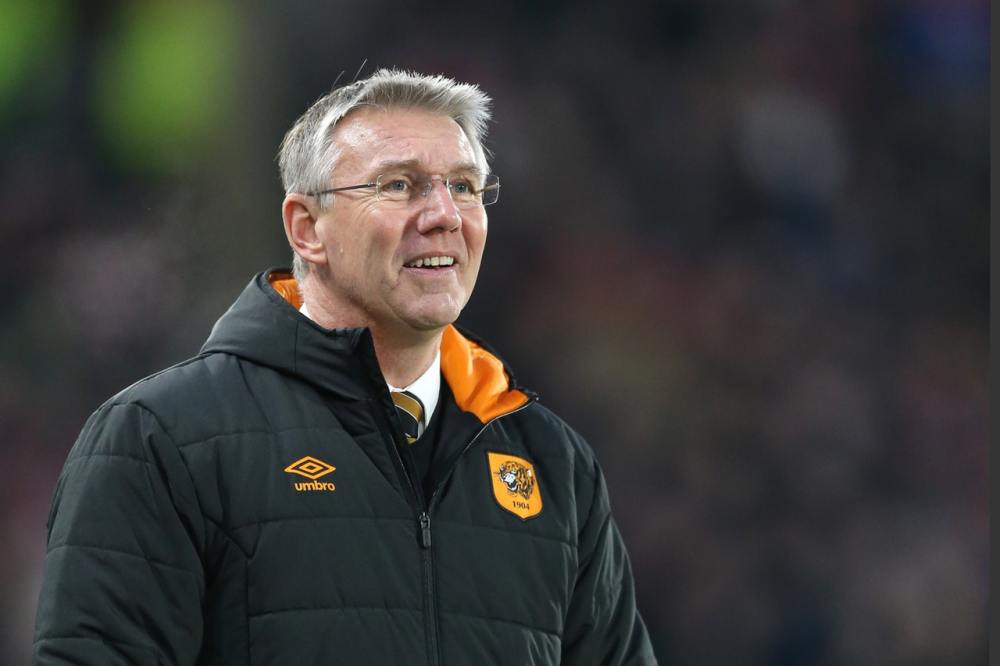 Few expect the struggling Championship side to defeat the reigning Premier League champions in Friday's FA Cup fifth-round encounter at Stamford Bridge, where a City win is available at odds of 17/1.

Adkins is having to deal with a spate of absentees and a defensive shortfall, with the on-loan Chelsea trio of Michael Hector, Ola Aina and Fikayo Tomori unable to face their parent club.

Fellow defenders Stephen Kingsley, Ondrej Mazuch and Moses Odubajo are injured, while Angus MacDonald could be the only senior first-team centre-back available unless Michael Dawson can prove his fitness.

'They're forced changes,' Adkins said. 'It's not as if we want to make all these changes.

'You get to the fifth round of the FA Cup and you start dreaming about things, don't you?

'I would love to be able to say this is our strongest team to go out there and play, everybody in their best positions, in the formation that's going to suit everybody to give an opportunity to win the game.

'On Friday we will be playing players out of position.

'I haven't got a problem with that, it's the way it is. We've just got to deal with it.'

Markus Henriksen, James Weir and Seb Larsson - who is suspended - are also unavailable for the trip to Chelsea, while Kamil Grosicki and Abel Hernandez are coming back from injury.

'Our spirit is good, our togetherness is good, and regardless of the score and the performance it's not going to affect where we are going for the remaining 15 league games,' Adkins said.

'Because every one of them is a cup final for us in respect of where we are in the division.

The absentees and Hull's frantic fixture schedule has lessened the importance of the fixture in a competition that Adkins has always cherished.

'I have always loved the FA Cup,' the City boss said. 'As a young kid, you remember watching the final on a black and white telly.

'Then you head off into the street (afterwards) to go and play football. I used to play Subbuteo all the time and the dream was 'one day I want to lift the FA Cup'.

'You don't get anywhere near it, but you can always dream.'

Adkins secured a 2-2 draw when he last managed at Stamford Bridge in January 2013 - only to be given the boot days later by Southampton.

The 52-year-old was also on the Chelsea touchline in January 2005 when working as a physio for Scunthorpe, who took the lead only to lose the FA Cup clash 3-1.

'Brian Laws was the manager, we went down to Chelsea,' Adkins said.

'Jose Mourinho was in charge and Scunny actually went in front, Paul Hayes scored a wonderful goal, and for half an hour the magic of the FA Cup (was alive) and the Scunthorpe supporters were jumping up and down, and everyone had a smile on their faces.

'But obviously the class of the Chelsea team came through in the end and they won the game.

'But it was a great experience for everybody and one that we all enjoyed.'