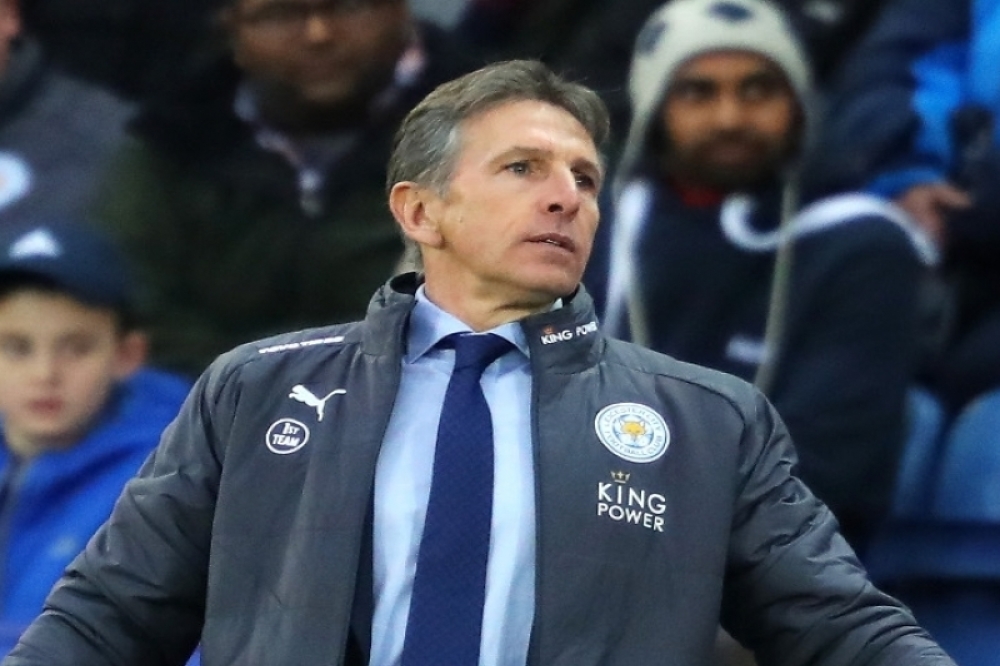 The Foxes were soundly beaten 5-1 by the Citizens in the Premier League on Sunday. Nonetheless, Puel feels he is encouraged by the return of Riyad Mahrez for the game after his self-imposed exile following his failed move to City in January.

'I think for our fans, it will be important to put it right (the City game). It's important to look forward and prepare for an important game - an FA Cup game - and also a Premier League game (against Stoke) because we have good possibilities,' the Frenchman said.

'The game against Sheffield United will be tough, they are a good team. But we want to get as far as we can in the cup and it will be a strong team.'

Commenting on Mahrez's return, Puel added: 'He enjoys to play and train with his team-mates and he is at a good level with no problem. He has come back with a smile. The story is behind him, all the players want to move on.'

In team news, the Foxes could welcome back captain Wes Morgan after he returned from a hamstring injury which has kept him out of action from the turn of the year.

Meanwhile, Shinji Okazaki is unavailable with a knee injury which also forced him out of the defeat to City.For the Blades, attacking midfielder David Brooks is set for a return after recovering from a bout of glandular fever. Simon Moore is banned and John Fleck is unavailable after picking up a two-match suspension of his own.