Teenager Mehedi Hasan has rocketed into 33rd position in the ICC rankings for Test Bowlers after bowling Bangladesh to its first-ever Test victory over England. 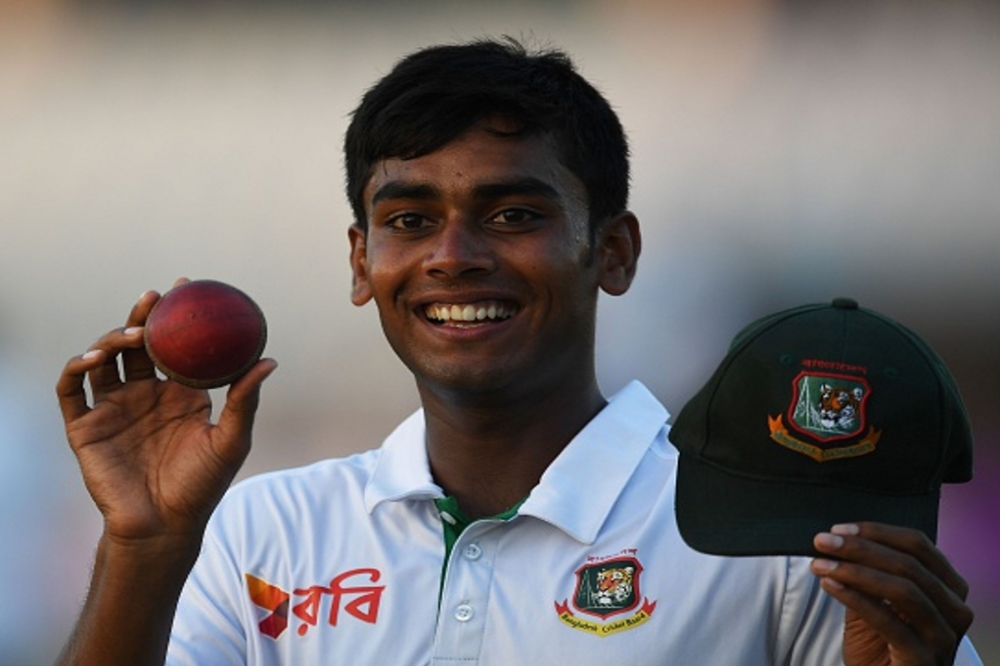 Mehedi, who won the player of the ICC U19 Cricket World Cup 2016 award at the same venue eight months ago, returned match figures of 12 for 159, which gave him a lift of 28 positions.

The off-spinner had entered the player rankings last week after taking seven for 138 on his debut in Chittagong. Mehedi is now Bangladesh’s second highest-ranked Test bowler behind Shakib Al Hasan (15th).

The 19-year-old looks strong to gain further points and can potentially break into the 20 as he is still in the qualification period. A bowler qualifies for a full rating after he has taken 100 wickets, while Mehedi has claimed 19 wickets in two Tests.

The other bowlers to improve their rankings following the Mirpur Test were England’s trio of Chris Woakes, Ben Stokes and Moeen Ali.

In what turned out to be a difficult Test for batsmen, England captain Alastair Cook climbed one place to 11th following scores of 14 and 59.

Bangladesh opener Tamim Iqbal rose four places to 20th after scores of 104 and 40, Mominul Haque lifted one place to 26th after contributing 66 and one, Shakib Al Hasan moved to 27th position after moving up one place following scores of 10 and 41, and Imrul Kayes earned two spots to 53rd position after chipping in with one and 78.

England’s Joe Root dropped out of the top three. He slipped two places to fifth following scores of 56 and one.

Meanwhile, Australia and South Africa will go head to head in a mouth-watering three-Test series starting in Perth on Thursday.

Australia are currently ranked third on 108 points, while South Africa are in fifth spot on 96 points. Any side making a sweep of the series will jump in the ICC Test Team Rankings.

A 3-0 win will put Australia on 112 points and ahead of Pakistan in second place even if the Asian side defeat the West Indies by 3-0.

In contrast, South Africa will join England on 105 points if they win 3-0 but will be fraction of a point behind in fourth place, whereas Australia will drop to fifth on 102 points.

Adam Voges (seventh), David Warner (ninth), Faf de Plessis (25th), Dean Elgar (28th) and Quinton de Kock (30th) are the other batsmen inside the top 30 to feature in the series.

In the all-rounders’ list, which is headed by Ashwin, Starc is the highest-ranked player from either side in sixth position - 15 points ahead of Philander.