Sergio Aguero scored four goals as Manchester City cemented their place at the top of the table with a 5-1 home win over Leicester. 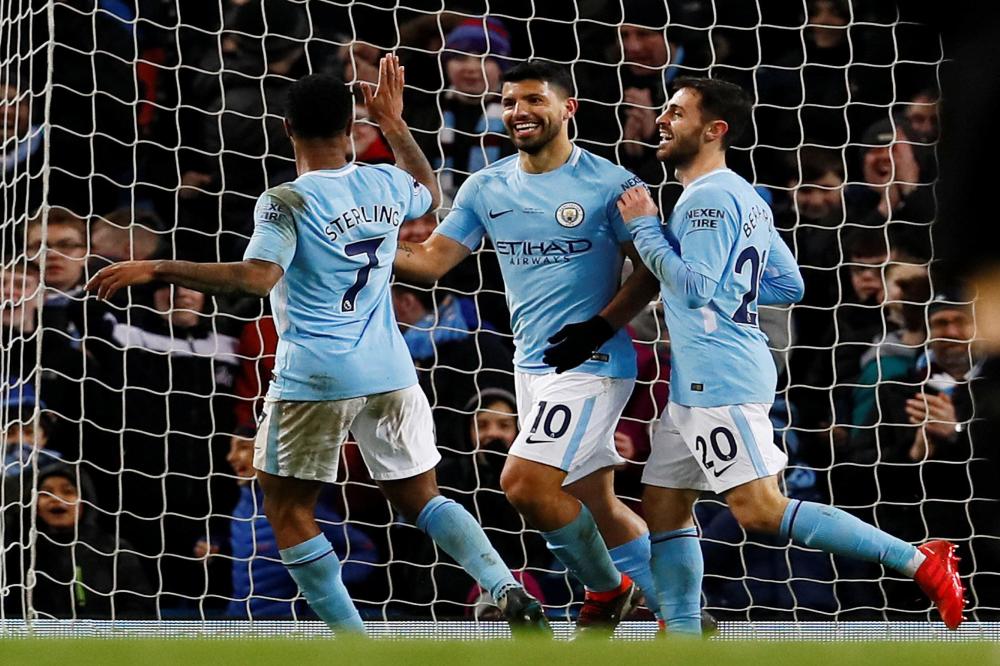 The Argentina international, who now has 12 hat-tricks for the English club, scored all four goals in the second half at the Etihad Stadium to help the Citizens move 16 points clear at the summit of the Premier League.

Raheem Sterling got the hosts off to the perfect start when he nipped in ahead of his marker to turn home a brilliant low cross from Kevin De Bruyne just three minutes into the game.

Leicester responded in good fashion and managed to level inn the 24th minute when Jamie Vardy's deflected strike off the leg of Aymeric Laporte, the club-record signing from Athletic Bilbao, nestled into the bottom corner.

The scores were locked at 1-1 at the break but it didn't take City long to retake the lead after the restart, with Aguero converting another superb De Bruyne cross from six-yards out.

It was 3-1 just five minutes later, with the Argentine getting on the scoresheet for the second time after his powerful strike from inside the area was too hot to handle for Kasper Schmeichel, who may feel he should have done better after getting a hand to the ball.

Nicolas Otamendi went close with a header when unmarked in the box before Aguero completed his hat-trick in the 77th minute. The 29-year-old intercepted a dreadful pass from Schmeichel on the edge of the area before chipping into the back of the net.

There was still time for Aguero to grab another goal and he saved the best until last, with his 25-yard piledriver dipping over the head of the keeper.

City extend their unbeaten run to six matches in all competitions and move a step closer to clinching the Premier League title.