As rumours surround Romelu Lukaku, Everton boss Roberto Martinez is adamant none of his key players will be allowed to go in January. 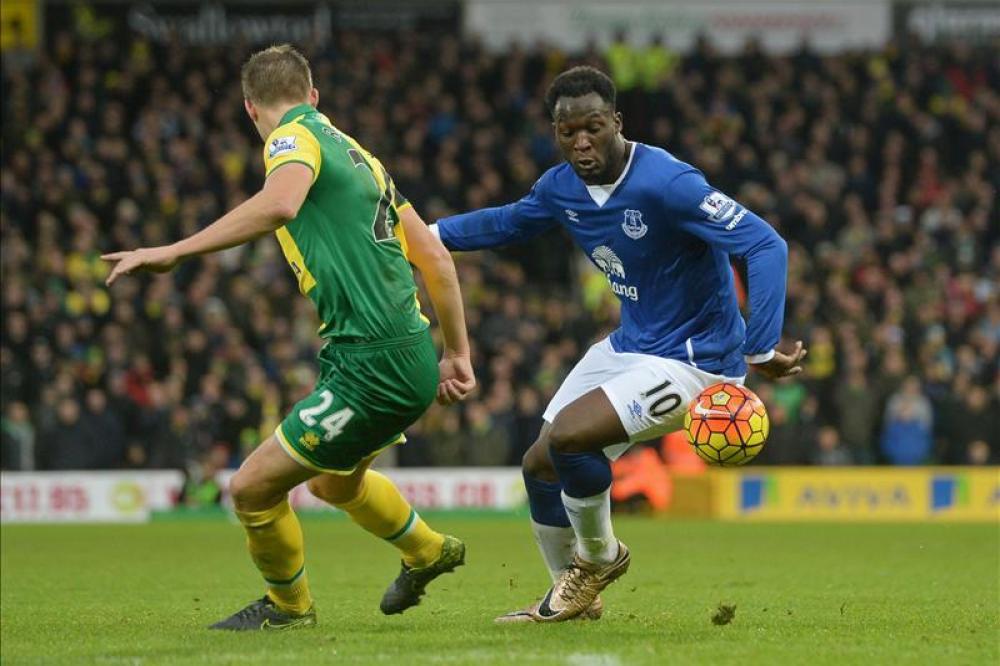 Lukaku, their 19-goal top scorer, is set to make his 100th start for the club in Sunday's visit of Swansea but there were claims this week the Toffees had put a £65million price tag on his head.

Similarly, Chelsea have been linked with another move for England centre-back Stones, whom they failed to sign in the summer after having a £38million bid rejected, while Manchester City have reportedly identified midfielder Barkley as a replacement for Yaya Toure.

Everton successfully fended off all transfer interest in the summer and Martinez insists they will do the same for the remainder of this window.

"None of our players who have been performing well...are going to leave in January. That is the end of the matter," he stressed.

"January is not a window where we are going to bring any instability to our squad.

"Any talk about players getting evaluations or leaving the club is a waste of time."

When it was suggested to the Catalan that every player has his price he responded: "Not in January.

"We are not going to even consider losing a member of our squad who has been important and will be important for second half of the season."

Any decision to cash in would be controversial and, despite the continued speculation about Europe's bigger clubs circling, Martinez believes they can keep hold of the Belgium international even though he has expressed his desire on more than one occasion to play Champions League football.

"It (Lukaku's ambition) goes hand-in-hand because at Everton we want to play Champions League football, so it is good to have a shared target," added Martinez.

"He wants to score goals and become better. It has been a fantastic journey in the last 13 months.

"You have seen an evolution in his play which has been quite magnificent. He is a special footballer for us.

"He is on the verge of getting 100 starts for Everton in all competitions and that is an incredible landmark for a 22-year-old.

"More than anything that is because he is reliable, he has been consistently there and he is a focal point for us all.

"I am looking for him to become even better as a player and carry on with the big role he has in the team.

"Speculation is all positive. You don't get that sort of reaction if you are not playing well."