Shrewsbury boss Micky Mellon praised his players after a 1-0 victory at fellow strugglers Doncaster lifted them five points clear of the drop zone.

Shaun Whalley scored direct from an inswinging corner which sailed into the net at the near post in the 63rd minute.

The result lifted the Shrews above their opponents and into 19th place.

Mellon said: "It's a massive victory for us and I'm delighted with the performance.

"We were not at our best in the first half but we were first to everything after the interval and the application from the players was brilliant.

"The supporters were magnificent as well and the players are determined to continue to fight hard for them.

"It doesn't matter where we are in the table, it's all about the next game for me and it's important that we go out and win that one now."

It was the Shrews' fifth successive away game without defeat and they have only lost once on their travels in the last 11 matches.

Mellon added: "I don't know why that is because we don't do anything different in how we approach the game at home or away.

"But we'll just enjoy the win for now and then make sure that the players are prepared and ready to go again."

It was a result that left home boss Darren Ferguson fuming after his side had looked by far the better outfit in the first half.

Visiting keeper Jayson Leutwiler was at full stretch to save from Nathan Tyson and Lynden Gooch but was fortunate when Ian Black cleared off the line from Andy Butler.

Leutwiler came to the rescue again to ensure the points went back with Shrewsbury when he tipped away a free-kick from Cameron Stewart in injury time.

It was Doncaster's 10th game in a row without a victory and Ferguson said: "There's no getting away from it - we're on an horrendous run and I'm really disappointed with the result.

"We started the game well but I knew their manager would get into them at half-time and they won a lot more second balls after the interval.

"We just can't seem to sustain it over the 90 minutes at the moment but it doesn't matter whether we played good, bad or indifferent, we just have to dig a win out from somewhere.

"I don't think we will see many pretty games between now and the end of the season but I'm still positive that we've got enough about us to stay up.

"I'll be happy if the season ended now with us fifth from the bottom because that's all the aim is and then we can reassess and start again next season.

"We've gone from a team that was hard to beat to one that's struggling to win. When that happens you can either feel sorry for yourself or get ready to go again and be determined to change things.

"It's not really a question of one or the other because there's only one answer to that." 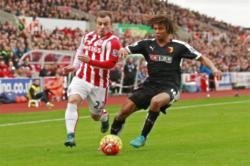 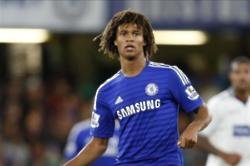 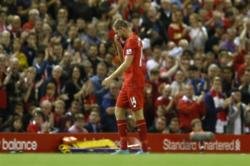 No One 'Unsellable' for Klopp