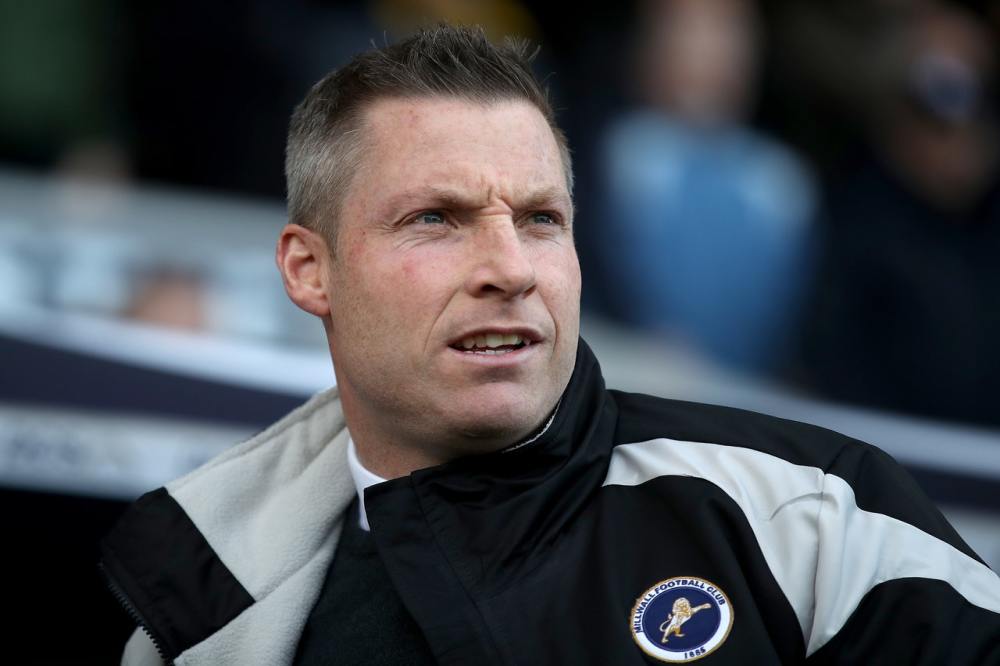 The Lions claimed their first away win of the season in the most dramatic fashion, netting twice at the death to break their duck at the 14th attempt. Aiden O'Brien and Lee Gregory put Millwall in control, finding the net either side of Liam Cooper's red card for a high tackle, but Pierre-Michel Lasogga's double and Kemar Roofe's tap-in soon turned the game on its head at the start of the second half. Yet it was Millwall who came away with the three points as former Leeds striker Tom Elliott and Jed Wallace scored in the final three minutes. "First and foremost, I want to say well done to Leeds," Harris said. "Thomas' (Christiansen) boys in the second half were fantastic. As bad as I thought we were and as disappointed as I was with our game management and discipline, I thought they were good. "First half, 11 versus 11, barring the first five minutes when Jordan (Archer) makes a great save low down, I thought we were excellent. If we had come in five or six up, no complaints. "Away at Elland Road, 2-0 up and playing 10 men, the game is not done. It would never be done at the Den and it would never be done at Elland Road. You have to kill the game and manage the situations. "And we didn't do that. But as much as I raised my voice in the dressing room at full-time, what great character for us to bounce back in the last 10 minutes. "An emotional roller coaster, definitely. It might not be good for my health, but I will certainly take the points." Thomas Christiansen called for Leeds' discipline to improve at his pre-match press conference earlier this week. But his words fell on deaf ears as captain Cooper became the third United player to receive a red card in as many games, joining Samuel Saiz and Eunan O'Kane on the sidelines. To make matters worse for Leeds, midfielder Kalvin Phillips collected a 10th yellow card of the season and will now serve a two-match suspension. "I am very disappointed. Once again we go from this game without any points," said Christiansen, who will take his squad to Spain next week for a training camp. "Many ups and downs from the game, many emotions, but we cannot afford to lose our possibilities to do something good with red cards. They must stop now. "We need to continue. You saw the response of the team in the second half. But unfortunately we shot ourselves in the foot and were one player less.