Sunderland claimed a vital three points in their fight against the drop as they beat fellow strugglers Norwich 3-0 at Carrow Road. 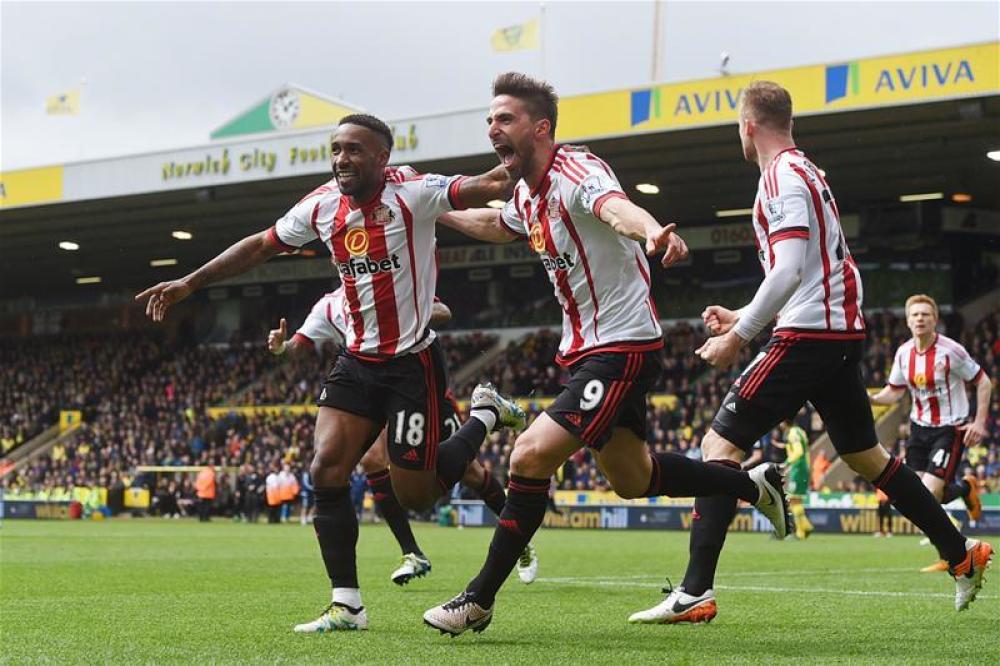 Timm Klose’s injury meant Canaries boss Alex Neil made one change to his starting line-up, with Sebastian Bassong coming into the side, while the Black Cats stuck with the team that lost to Leicester last time out.

After a tense opening quarter of an hour the first real chance fell to the visitors when Fabio Borini fired across the front of goal but Jermain Defoe could not find a finish.

That seemed to wake the Canaries up and Martin Olsson forced a fine stop from Vito Mannone after a stunning volley.

It was the Black Cats who opened the scoring when Borini was fouled by Andre Wisdom in the area. The Italian dusted himself off and expertly dispatched the ball home from the penalty spot.

Neil acted swiftly at the break by introducing Nathan Redmond and the winger almost made an immediate impact as he fired against the post.

However, Sunderland soon doubled their lead when Defoe slid in to divert Borini’s cross home after Jan Kirchhoff had dispossessed Bassong.

The Canaries did their best to get back into proceedings, having a number of penalty shouts turned down by Andre Marriner, who had a fine afternoon with the whistle.

It was not to be for the Canaries and to add insult to injury, Duncan Watmore grabbed a third in stoppage time, rounding John Ruddy before firing home.

The win closes the gap between the sides to just a single point and perhaps more importantly gives Sunderland a potentially crucial lift in their battle against relegation.