West Brom boss Alan Pardew says the hamstring injury picked up by Daniel Sturridge is not a serious one and hopes he will be back soon. 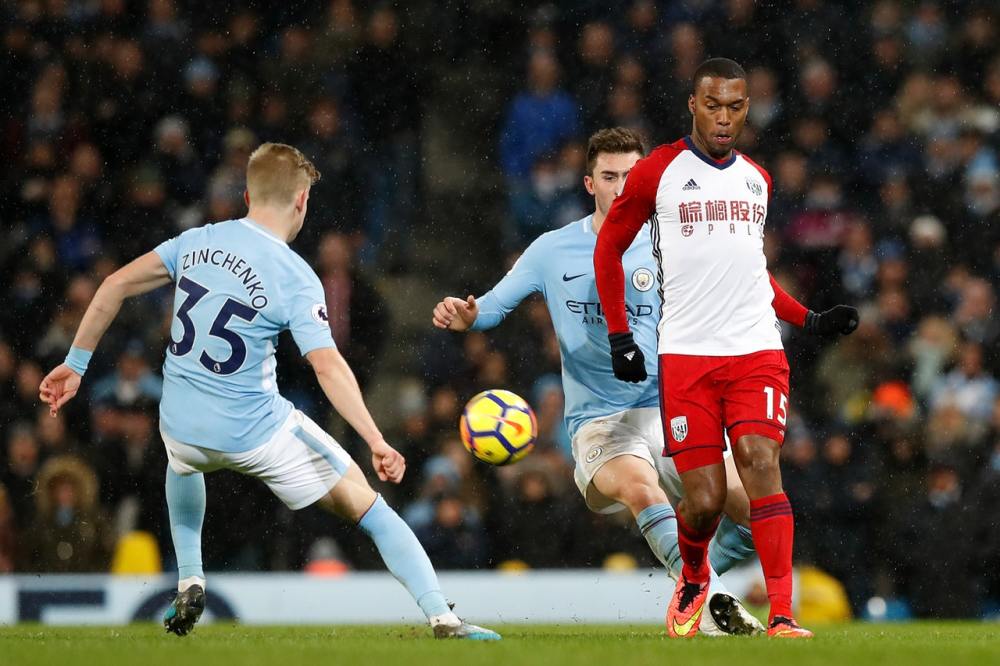 Sturridge lasted just three minutes of last night’s 3-0 defeat at Chelsea after picking up a hamstring injury, with Pardew admitting afterwards that losing the striker was probably worse than losing the game.

The England international is set to spend the rest of the season with Albion after arriving from Liverpool in January, and Pardew needs him fit and available if the club are to avoid relegation from the Premier League.

'We need him up and running as it's goals we've struggled with,' he said. 'He felt his hamstring after a 60m sprint in the first moments of the game. We'll have to nurse him. He won't play next week but hopefully the week after.'

After Saturday's FA Cup visit of Southampton, they meet relegation rivals Huddersfield on 24 February, which will be the start of a crucial run of fixtures.

'There have been so many drawn games we should have won, and losing Daniel Sturridge after three minutes was a blow in itself,' Pardew added. 'If we can get two or three wins in our next group of games we can put pressure on the other teams.'