New Leeds head coach Paul Heckingbottom is relishing the challenge of delivering success at a club where so many have failed before. 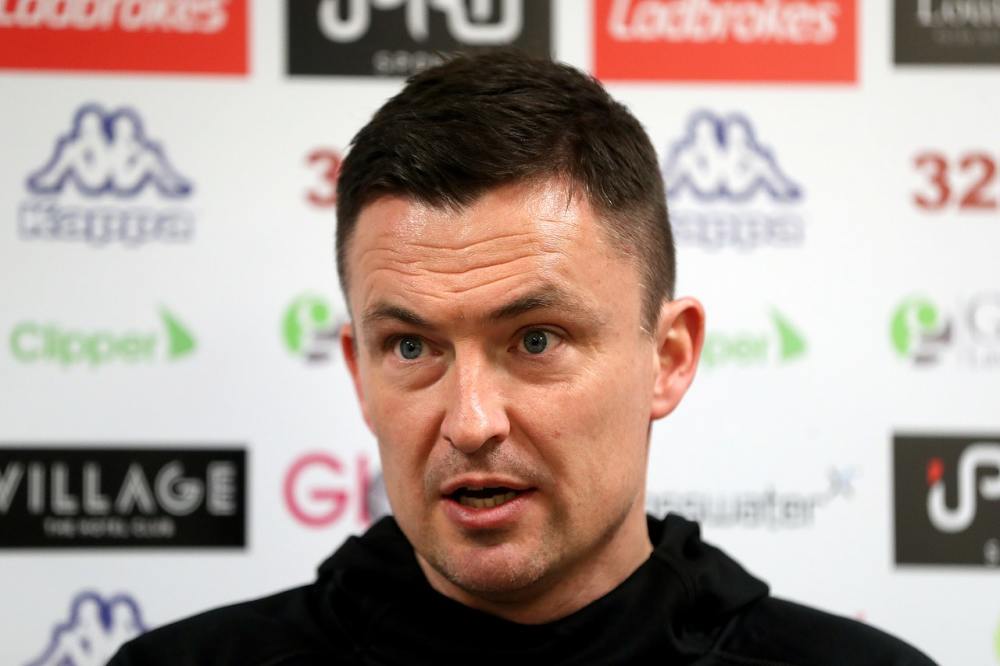 Heckingbottom, 40, became Leeds' 10th manager in five years on Tuesday and told his first press conference that the thought of getting it right was his reason for leaving boyhood club Barnsley.

'One hundred per cent,' said Heckingbottom, appointed two days after the sacking of predecessor Thomas Christiansen. 'That's why I wanted the job. That's it. So I feel lucky to have got it.

'The timing's good and I'm the beneficiary of it. There's always someone who misses out, but for me, I'm determined to make the best of it.'

Christiansen lasted eight months in a job that is now seen as a poisoned chalice.

Leeds have spent 14 years outside the Premier League and since being relegated from the top flight 13 permanent managers have tried and failed to lead the club back up.

'I don't know what they did, but I know what I want to do and I'll just do that,' said Heckingbottom, who guided Barnsley to promotion to the Sky Bet Championship via the play-offs in 2016 after they won the Football League Trophy.

'I'll stick to those same beliefs, same principles - and I enjoy it. There was no way I was never going to do it. I enjoy what I do and hopefully that can bring success.

'That's part of the challenge as well. When you speak about considerations. I wasn't considering how many managers have gone, I was considering where could we get Leeds to.

'That's it. That's how I look at it and that's the way you've got to look at it because that's what my focus will be. Block out all the distractions, all the white noise.

'I've got a clear picture in my head of what I want it to look like and how we're going to get there and I'll drag people along with me.'

Heckingbottom, who has signed an 18-month contract, will take charge of his first game on Saturday against Yorkshire rivals Sheffield United at Bramall Lane.

Leeds will bid to halt a seven-game winless run that has seen them slip down to 10th in the table, seven points adrift of the play-off places.

He said the derby clash represents a 'perfect' way to start his tenure.

'It's a target definitely,' said Heckingbottom. 'Two years ago when I was sat in this chair at Barnsley we were 14th and went up. So I know it can be done.

'It's something that's definitely achievable, but if you get carried away with me setting that target then you're putting undue pressure on the club. The next game is what's important.'

The former Barnsley defender, who also had spells with Bradford and Sheffield Wednesday, will be boosted by the return of Pontus Jansson, who left the field on a stretcher during last week's 4-1 home defeat to Cardiff.

Heckingbottom said the disciplinary issues which dogged Christiansen would be addressed, while he laughed off comments he made while Barnsley boss that he 'hated Leeds'.

'I'm from Royston, which is north of Barnsley, and you were either a Leeds fan or a Barnsley fan. I was a Barnsley fan,' he said.

'We used to play in the field behind my mum's and the Leeds fans were older and used to kick lumps out of us.

'So that's where that stemmed from. Not Oakwell, not Elland Road, Oakwood field behind my mum's.'